'Shershaah' review: Siddharth Malhotra-starrer is a fitting tribute to a war hero 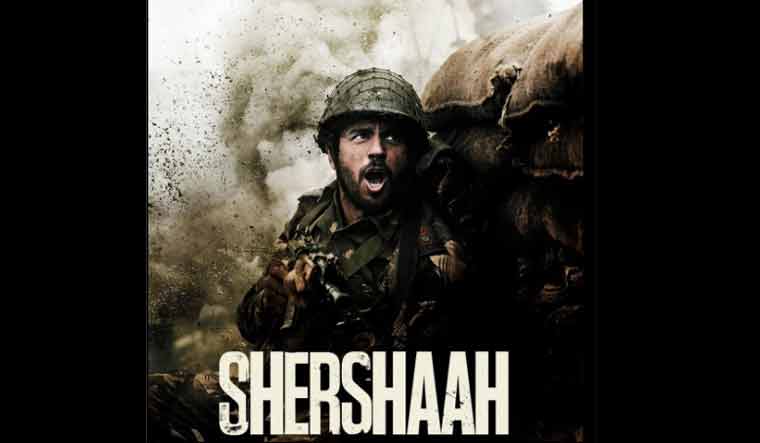 If it was up to director Vishnu Vardhan, the film Shershaah, based on Kargil war hero Captain Vikram Batra and out now on Amazon Prime Video, would easily have been made into a web series. After all, there was so much to say about Batra - the national braveheart that a two-hour-long film just does not seem to be enough. Siddharth Malhotra who essays the life and times of the Captain, comes across every bit believable as Batra of the 90s from Punjab's Palanpur who wore leather jackets, loved and lived with all his heart, spoke with a distinct Punjabi-Pahadi twang and passionately followed his life's calling to join the Army and serve the nation by leading his battalion to legendary victories.

This is a film of a war hero, delivered minus the baggage that the genre has otherwise carried in Bollywood so far. There is no boredom in this film; it will keep you engaged right till the end and beyond, with frames playing in your mind long after you have watched the film. The film's musical score becomes a talking point in itself with exceptionally well-written lyrics peppered with soft Punjabi tunes.

Cinematography by Kamaljeet Negi is sharp and instinctive while Vardhan's direction is crisp and focused. Patriotism, nationalism and every ism that denotes the love for one's nation is bound to be triggered, especially in the last scene in which the Indian forces mount an offensive against the enemy and also the moment when our national flag is hoisted on the roof of a Pakistani bunker while theirs gets lowered and rolled up by an Indian soldier. Produced by Dharma productions, Shershaah falls in the same league as that of Johar's previous Raazi and Gunjan Saxena, and yet, this one carves its own path as a balanced offering that evokes a multitude of emotions in the viewer.

Batra's love affair with his college-sweetheart Dimple, played by Kiara Advani is beautifully depicted and the fact that Dimple remains unmarried to this day, in the memory of her lover, is touchingly shown. On her part, Advani looks every bit the 'Punjabi Kudi' that Dimple was in her college years and adds a beautiful rawness to the chemistry between the Captain and his girlfriend.

Except for a few minutes of 'formula scenes,' Shershaah does bring out the persona and valour of a man who died at the age of 24 in combat and was posthumously awarded the Param Vir Chakra. And the best part is that it does so, without rousing a nationalistic crescendo. The film tells the story as it is. It takes you through the life of one of our most revered national heroes, exactly the way he lived, laughed and loved.