Sarpatta Parambarai wins the bout with an unforgettable punch 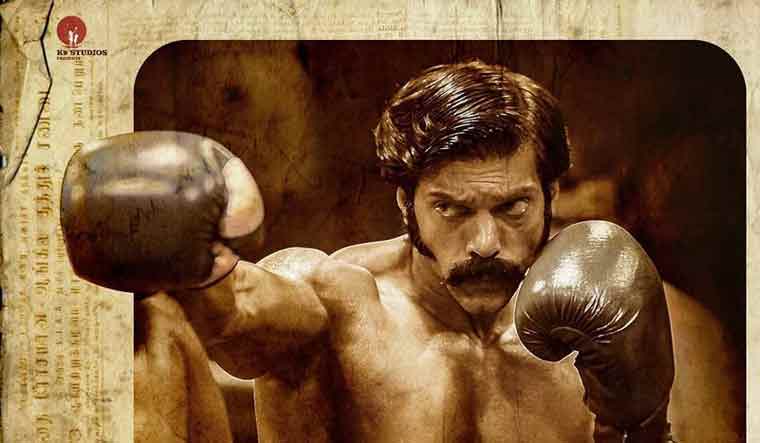 Movies made with boxing as the central theme usually have the same formulae. However, Pa Ranjith’s directorial is more than just gloves and punches, which makes the three-hour long movie justify your attention. The bilingual, made in Tamil and Telugu, successfully infuses a hyper-local flavour which gives a good understanding of the prevailing social and political conditions of Madras in the 1970s. Most importantly, it glamorises boxing in marginalised sections and lower income colonies and presents it in a convincing way.

Sarpatta Parambarai was released a day ahead of the announced date, landing on an OTT platform on Wednesday night. The movie is based on the rivalry between different clans (traditional clubs) of Madras who vie for supremacy in the ring. The face of Sarpatta clan is its own boxer-turned-guru Rangan. Its bitter rival is the Idiyappa clan, whose boxers have been defeating them for consecutive years. The movie starts with the ‘invincible’ Vembuli knocking out a boxer of the Sarpatta clan, upsetting Kabilan (played by Arya). At this point, it should be said that the boxing ring, arena and the crowds feel and look realistic, heightening the visual experience of the movie-watcher.

Kabilan is a worker whose father was one of the boxing greats of the Sarpatta clan. After his father goes astray, taking up violence, he is killed. Mother of Kabilan tries her best to keep him away from boxing from childhood without much success. A challenge between Sarpatta and Idiyappa clan, which involves the honour of Rangan, draws Kabilan into the ring. Rest of the movie is about the ups and downs of Kabilan’s life and what he does for his beloved guru and his passion.

Pa Ranjith does an excellent job in etching out memorable characters in the movie who have good recall value. One such character is that of ‘dancing’ Rose who entertains with his flexible moves and antics in the ring, bringing back memories of the olden times when boxers and wrestlers had a distinct style and personality. Another character is that of Daddy, a Christian member of the Sarpatta clan who talks in English and has funny mannerisms.

What is worth mentioning is that a good part of the movie moves away from boxing and covers other aspects of the society. The politics of that time is intertwined with the story as the audience gets a glimpse of how normal life was disrupted due to the Emergency and what the state government did to resist it.

There are ample scenes that display the frustrations of the working class, their lifestyle and behaviour. Symbols of social equality like Ambedkar and Periyar are also shown in one important scene. The sub-plot of the movie deals with social discrimination and class differences as Kabilan, representing the marginalised, has to fight opponents within his own clan to even make it to the ring.

Arya, in the lead role, with a chiselled body, stands out with his performance. Music by Santosh Narayanan works well for the film. Ranjith effortlessly packs a punch with Sarpatta and once again proves that he is an exceptional story-teller.