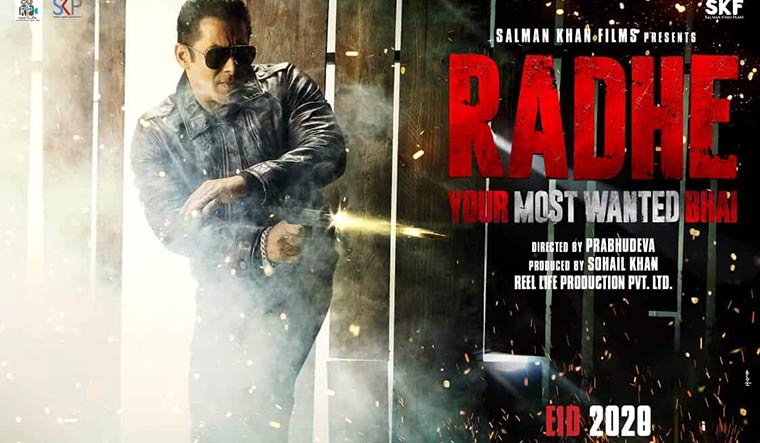 After one hundred minutes of sitting through the Prabhudeva directorial Radhe: Your Most Wanted Bhai, my mind kept going back to film's all-black ominous villain, Randeep Hooda, who, as the drug kingpin, offsets the larger than life heroics of Salman Khan's super cop, Radhe. Taken from the South Korean hit, The Outlaws, 'Radhe....' is an action packed, mindless drama which massages the male ego, specifically that of Khan, who is so self-absorbed that he is unable to look beyond himself. He crashes through doors and windows like a superhero who shows up just in time to save the girls, guys, aunties and uncles and everyone else, goes shirtless at parties, shows off his muscles at the slightest opportunity and treats his women as dimwitted creatures worthy only of romancing around with.

Where there is Salman Khan, everyone else around him appears to be either a buffoon or a joker, mostly mindless pawns. Even in the character of Radhe—an encounter specialist with 97 encounters and 23 transfers to his credit—one can only see Salman, the star. It is difficult to find Radhe the super cop in Salman, because the actor never lets his character do the talking. He does nothing to get into the character of the super cop except enacting juvenile heroics which make for great children's TV content. And this is why Hooda's bad guy Rana is a saving grace. He is so bad and twisted, so morally bankrupt and dark, that his negativity he sends out a spark which lingers in our minds long after we have watched the film. It is a pity that the few instances that mark a confrontation between Rana and Radhe turn out to be insipid and dull.

Disha Patani essays the role of a sexy and stupid oomph-oozing heroine to perfection. She is every bit believable in the character of Dia, an aspiring model who believes that you go to the crime branch to complain about a lost phone. But even as a male-centric, egotistic script does injustice to her abilities as an actor, Patani strikes a smashing screen presence with her flowing locks and toned self, thereby giving tough competition to her 55-year-old suitor, Salman Khan.

The dialogues are cringe-worthy and the direction is strictly average. If this is the megastar's way of showing off his super human abilities, then he has no doubt succeeded. But I doubt the social media claims that the platform on which the film released, Zee5 (alongside theatre release) has crashed with over millions of viewers going over each other to catch the first show. Unless you are ready to make a mockery of your own sensibilities and logic, why would you even invest your time in this film?

Film: Radhe: Your Most Wanted Bhai