'Roohi' review: Do not waste your time on this horror-comedy 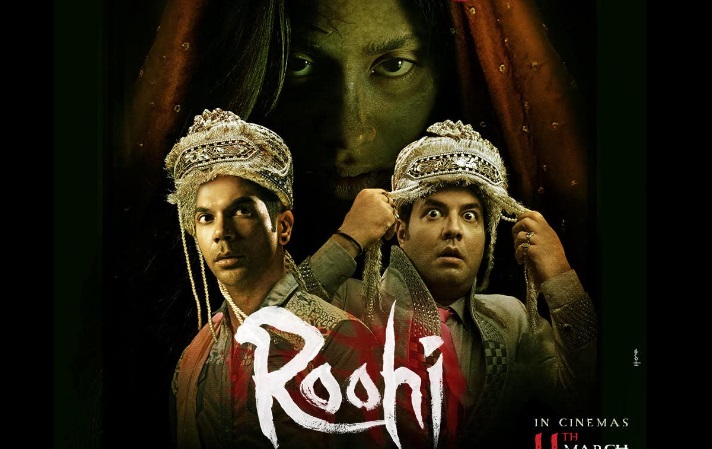 Before the release of the film, Rajkummar Rao said in an interview that a movie like Roohi "is meant to be watched with the audience because you want to laugh and feel scared with everyone around. I think it will be a very unique and fun experience for people to watch it in theatres.” He was right in a way: Roohi, being the first big budget film to be released on the 70mm screen after exactly a year post COVID-19 did bring back the joy of community entertainment but I am not sure if it scared anyone around.

And in that sense, if the makers were intending this to be a 'horror-comedy,' then without doubt they have failed at it. Having said that, I must admit that only and only the first few minutes in the first half of the film are a laughter riot and the entire credit for it goes to the stellar performances by the two leading men—Rajkummar as Bhanwara Pandey and Varun Sharma as Chitanni, or Bhanwara's sidekick and best friend. But the entire film after that is at best a drag, so much so that you'd simply want to get up and leave this so-called horror comedy, if you value your time, that is.

To begin with, the plot itself is a huge disappointment: It is set is a small town which is famous for 'Pakdaai Shaadi,' in which young women are randomly abducted and forced into unwanted marriages. And to add to this, it seems this is the only way marriages "happen" in this place, even as mother-in-laws tell the shocked and wailing to-be daughter-in-laws that this is a tradition they must respect and carry forward. It will make you cringe in your seat. Rest of the film is dedicated to de-ghosting young women, yes, you read that right.

Jhanvi Kapoor, as Roohi looks hardly convincing as a screaming chidail [witch] Afza despite the elaborate prosthetic make-up. She is neither scary nor funny and just as her acting portrays, she is devoid of all expressions and any acting abilities. Then the two men Rajkummar and Varun, who are journalists-turned-part time kidnappers are hired by an entitled groom to abduct Roohi for a 'pakdai shaadi'. They then realise, that she has two sides to her - one of a docile young girl, Roohi and the other of a witch.

Why does Roohi never once question her kidnappers or even try to flee the jungle in which she is left? Nobody knows. So, as time passes in the jungle, Rajkummar and Varun lose their hearts, to Roohi and Afza, respectively. While Varun falls for Afza, Rajkummar promises Roohi he'd help her get rid of the chudail. And then for the rest of the time, which in all, stretches to a painful 180 minutes, the camera simply keeps taking us through the town and its people's multiple superstitious beliefs, supernatural practices and paranormal activities.

All one can really takeaway from the film are Rajkummar and Varun's stupendous delivery in the face of a very shoddy script and confusing direction. Varun, is hilarious to watch and is every bit believable as Chatanni Qureshi. He really has given tough competition to Rajkummar, who too, does a decent job at holding our attention in this exceptionally unsavoury film. The supporting cast brings nothing much to the table, either. Do not waste your time on this, even if you're mighty impressed with Rao's acting prowess in Stree. He fails to deliver the same punch here.