The Girl on the Train review: Parineeti shines in this 'forgettable' flick 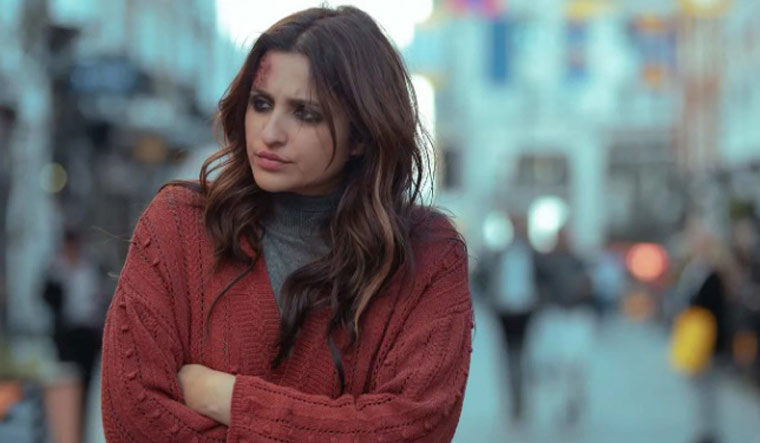 First things first. Though The Girl on the Train is based on British author Paula Hawkins's eponymous 2015 novel, it does not make much sense to compare the movie to the novel or to the 2016 Hollywood adaptation starring Emily Blunt. Because, as director Ribhu Dasgupta had said ahead of the movie's release, they had to mould the story to be "palatable" to Indian audiences. So, no more talk about the novel or the Blunt showreel.

It is only right that the Parineeti Chopra-starrer is judged only on its own merit. But, before moving on to merits, the understanding of what is palatable to Indian audiences must be questioned? Does it mean throwing in a couple of completely unnecessary songs? Because that is what this movie does. They serve no purpose in the plot. Whatever little light they shed on the story could have been easily achieved without them. So, they seem to be there because, well, this is Bollywood.

However, apart from these unwelcome breaks, the story moves along at a steady pace. Character development is careful and concise. The movie picks up pace in the last 50 minutes. But, just as things get really interesting, we have another song and this one cannot be skipped like the two earlier songs because it also has some revelations. The background music felt a tad overdone, at times, trying too hard, and mostly failing, to get the viewer excited. The editing, too, left much to be desired, especially in the first half.

Chopra grows into her role and is convincing. It is arguably her best performance. Aditi Rao Hydari has also been given an interesting role and does justice to it. Kirti Kulhari is believable as a police officer. The supporting cast does not disappoint either.

For those who already know the story, it would be better to jump to the last 20 minutes or so. The minor changes from the source material does not add much value to the plot. The major change (the big reveal) is likely to catch you by surprise, but soon descends into absurdity. And the climax is followed by, you guessed it, a song. (At this point, I feel compelled to clarify that I am not a song-hater; at least two of them are beautifully rendered.)

To sum it up, it feels like the changes which were intended to make the story more palatable made it slightly unpalatable.

Film: The Girl on the Train