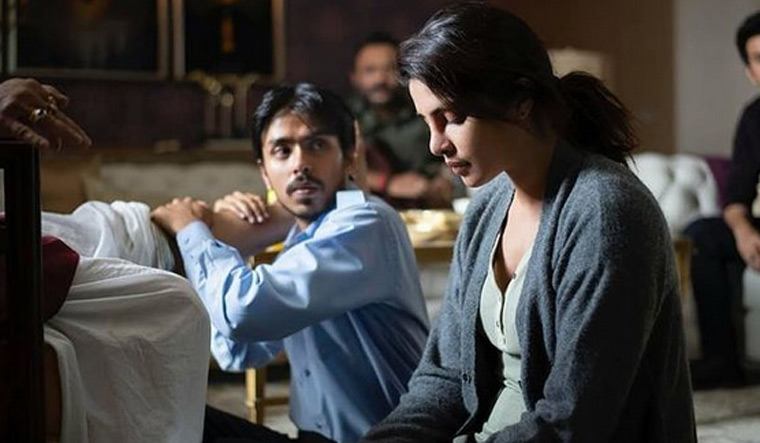 In 2008, three years after Thomas Friedman visited Bangalore and, enthralled by its globalisation, eagerly described the world as “flat”, Aravind Adiga released his debut, Booker Prize-winning novel, White Tiger. It was unrestrained in its biting depiction of an India struggling against itself, divided between the “dark” India (of perpetual have-nots) and the “light” India (those with big bellies).

Globalisation was not yet a dirty word and India appeared keen on letting the world peek in through doors that were opened not too long ago. It was a time, perhaps, where it was still insightful to observe that Bangalore (not yet Bengaluru) was the “Silicon Valley” of India, or that this century would be one for the Asians, or that bribes made the wheels of government go round and round.

Enter The White Tiger: Released on Netflix in 2021, it is a caustic reflection of 2008, narrated by Balram Halwai, a seemingly successful entrepreneur who claims to have lived in both Indias, and who writes an autobiographical letter to former Chinese premier Wen Jiabao. Over the course of his narration, Halwai charts a tale that spans the daily brutality of life in rural India, telling his journey from tea-seller to driver to would-be murderer and then, at last, successful Indian entrepreneur.

Iranian-American director Ramin Bahrani’s adaptation of Adiga’s novel feels like it should have been made sooner. After all, between the late 2000s from whence this story came, the 2010s that followed it, and the very first year of the 2020s that we have only just barely scraped through, it does seem like three decades have passed and not 13 years. Consider that Slumdog Millionaire released in 2008, and while the memories of that movie were still fresh, The White Tiger (2021) could have existed as a pithy response—a yin to a yan.

Both films, after all, were made by non-Indian directors trying to communicate the intrigues of the rags-to-riches idea of India. But where Slumdog Millionaire sought a lighter tone, from its world half-full outlook to its dance-party ending, The White Tiger feels far grimmer: Thinks Breaking Bad meets Gangs of Wasseypur with a hint of Wolf of Wall Street—cautionary tales with a hint of rogue protagonists you can’t help but love.

Adarsh Gourav plays Halwai, a class-3 dropout forced to sell tea who was determined to escape the clutches of his social upbringing. The big names in the cast include Priyanka Chopra as the NRI “Pinky Madam” and Rajkummar Rao as Ashok, Pinky’s husband and the US-returned son of the zamindar. Both the “NRI” characters perform their accents convincingly, seeming neither from India nor entirely from outside of it (One wonders whether Chopra is still acting). But it is Gourav who steals the show.

A relative newcomer (his Wikipedia page is but a day-old, though you may have seen him as the teenage Rizwan Khan in My Name is Khan), Gourav plays a captivating narrator and protagonist. His exudes thirst—a burning passion to live out a life greater than the cards dealt to him—and is the highlight of film. Whenever the film starts to lose you, whether due to its relentlessly caustic depiction of India or its occasionally directionless feel in the first half, Gourav pulls the reins and reels you back in again. His rage against the system mixes well with his desire to survive it, maybe even beat it.

Though ostensibly hailing from Bihar’s Gaya district, Gourav’s character sinks comfortably into English, capturing well the dilemma of being a servant to an “upper” class India, torn between loyalty to ones roots and the trappings of luxury acquired from the “master”. There are moments where the choice of language does feel strange, as if Gourav acquired his eloquence from years of reading and not from three years of schooling rudely interrupted, but convincing acting lets these fade.

Above all else, The White Tiger explores the culture of servitude in India, its inherent cruelties and the many arrogances of the ruling class that lets drivers be treated as servants, and servants be treated as bonded labourers. “Do we loathe our master behind a facade of love, or do we love them behind a facade of loathing,” Halwai asks as he is tasked with taking care of a ruined and drunken Ashok.

Rao plays Ashok well, encapsulating the many tropes of the NRI-returnee—a degree of Western righteousness and beliefs about equality (beliefs frequently let down by his own servitude to the authority of his family, which blatantly disregards ideas of equality in favour of casteist and sexist power moves). Ashok and Pinky are well contrasted by Ashok’s zamindari family—frequently at odds over trivialities, and burdened by the reality of “not knowing how India works”.

Ashok grapples, like a good NRI who dislikes being called “sir”, with his desire to be good to Balram. But at the end of the day, he sleeps in his luxury condo after dismissing Balram to his cockroach-infested room in the basement. He bribes to government officials, flees responsibilities with ease, and is convincingly despicable at all the right moments. Yet, he seems directionless.

In contrast is Balram, whose confidence in being the eponymous White Tiger, a rarity of the jungle, also makes him starkly vulnerable—whenever he is met with the reality of the social trap he was born into on account of his caste and class, he faints from the sheer existential dread of it all. He is hungry, and in the end, he makes sure his patience was fed. When Gourav gets a chance to steal a large sum of money, he chooses not to, saying “This was at least two years salary, maybe three. I was worth more.”

The film avoids discussing revolution, preferring an idea of individual emancipation over a collective one. Like the book, it makes the case that India is broken from the top-down, using the analogy of the poor being trapped in a rooster coop—forced to watch their brood slaughtered before their very eyes, but unwilling and unable to escape

The book is more open with such themes, but also remains largely cynical.

In a line from near the book’s ending, Halwai muses to the Chinese premier, “Keep your ears open in Bangalore—in any city or town in India—and you will hear stirrings, rumors, threats of insurrection. Men sit under lampposts at night and read. Men huddle together and discuss and point fingers to the heavens. One night, will they all join together—will they destroy the Rooster Coop? Ha!”

The White Tiger makes for powerful viewing. For the typical middle-class Indian audience, who may have a servant or two to ease life’s many (and mandatory) burdens, the film can make you feel uncomfortable in all the ways the novel managed without coming across as a preachy sermon of privilege-checking. It is shot well, though there are few stand-out visuals, barring the scene where Balram revels in the seemingly emancipatory joy of defecating outdoors. In many ways, the film feels better suited to 2008 than it does to 2021, mostly because 2014’s change of guard makes many of its political references feel bygone.

Nonetheless, if the film can make us even slightly uneasy about the power structures we inhabit and perpetuate, perhaps it has done its job.