Neither Sanjay Dutt nor Alia Bhatt can elevate the film 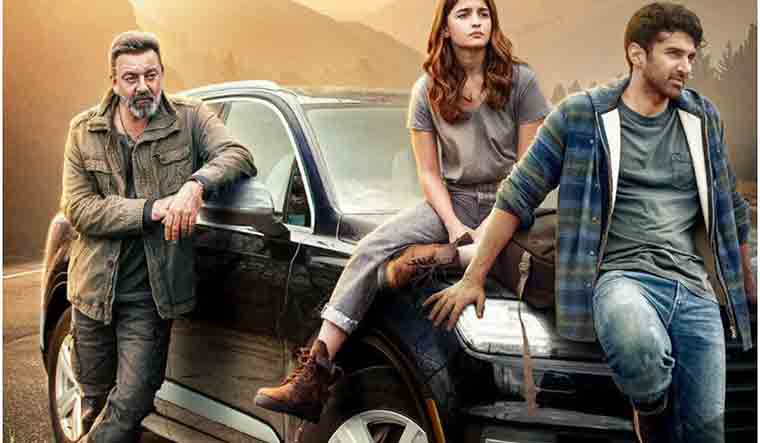 The worst part of Sadak 2 is that it never lets you forget the 1991 Sadak with montages from the film woven into the storyline as flashbacks. The best part: there’s hardly any. To some extent may be Sanjay Dutt, who reprises his role – that of an intrepid taxi driver Ravi Kishore, from the first part. He now owns a travel company, Pooja Tours and Travels that guarantees, “security”, too, on trips.

But Ravi isn’t in his best shape, mentally. He has recently lost his wife, Pooja (Pooja Bhatt), whom he rescued in the first part from the grip of a frightening pimp, Maharani (Sadashiv Amrapurkar). His brooding, grieving and suicidal Ravi Kishore, who just wants to reunite with the love of his life, at times, seems to just bring gloom on screen that’s unconvincing. But he finds purpose when he meets a young girl, Aarya (Alia Bhatt); first, in a psychiatric ward where they both are being treated. And later, when she lands up at his garage with a payment slip of a trip that she booked at his company three months ago.

In the state that he is in, Ravi refuses her. But Aarya manipulates him emotionally. It’s easy to do that in the name of his dead wife who he dearly loved. It’s the beginning of a relationship. As the two open up to each other, Aarya reveals her plans of unmasking a ‘dhongi baba’, Gyaan Prakash (Makrand Deshpande) who has turned her life upside down. He has been responsible for his mother’s death and has brainwashed her father, Yogesh Desai (Jisshu Sengupta) to turn into a “bhakt”.

As she battles the new realities of her life including an evil stepmother, Nandini (Priyanka Bose), she runs a campaign, “India Fights Fake Gurus”. In one of the initial scenes, she paints a poster of Gyaan Prakash with the word “revenge” and then sets it on fire. Her family is quick to call her a cynic; she is termed crazy and is sent to a mental hospital.

The film that is now streaming on Disney+ Hotstar, has brought back Mahesh Bhatt as a director in this ambitious collaboration with his daughter Alia. Considering he has given us Arth, Saaransh, Zakhm and Daddy previously, one’s expectations are high, especially because of his treatment of some of the most tabooed issues of the time.

But Sadak 2, with aesthetics from the 90s, fails in its attempt to be modern. Written by Bhatt along with Suhrita Sengupta, the film’s take on mental illness, fake gurus and death is clichéd and dated.

To add to it, the romance between Alia’s Aarya and Aditya Roy Kapur’s Vishal lacks chemistry.

In order to live up to the 1991 Sadak, the film plays with tropes that worked wondrously in that film, but is disastrous in this.

For instance, in one scene towards the end, Deshpande’s guru turns up in a sari. It may have been a well-intended sequence to remind the audience of Maharani. But it is too comedic to believe.

In fact, the second half of the film with twists and turns and clichéd villains, like Gulshan Grover’s Dilip Hathkaata, seems like a tacky tribute to a 90s film. The acting talent of neither Dutt, nor Alia is able to elevate the film to a point where it can become anything beyond that.