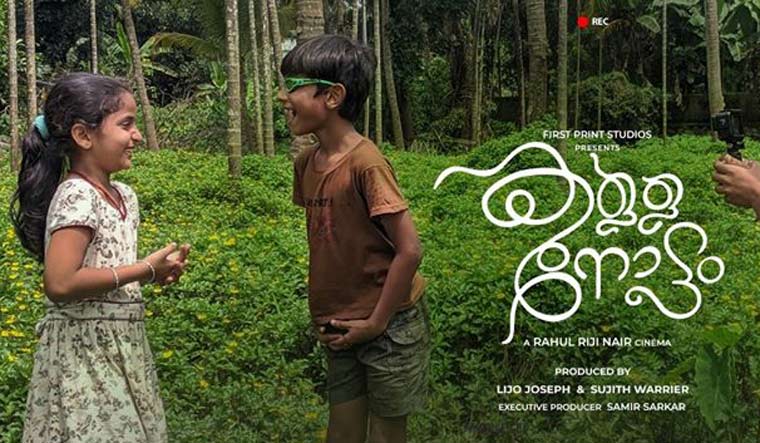 In 1816, a French inventor, Joseph Nicephore Niepce, developed a device. In the years that followed, many versions of this device served the desire of the humankind to freeze the present for the future. It also served as the tool to peep into the lives of others. Over the years, it evolved in shape, size and capabilities, even as the dirty trio of voyeurism, violence and surveillance stayed as its best friends. This is exactly what award-winning filmmaker Rahul Riji Nair’s latest flick, Kalla Nottam (The False Eye), communicates in its 75 minutes of running time.

Kalla Nottam features a number of human characters, but the protagonist and the silent narrator of the movie is a digital camera that moves from place to place as it changes hands. In the hands of each of these owners, it serves different purposes.

The story begains on the premises of a stationary shop, where the cam has to play the role of a surveillance tool and a silent guard. Soon, it becomes a toy in the hands of two film-obsessed boys. Later, it becomes an extra eye for a voyeuristic act, witness to heavy violence, and finally chronicler of a tragedy.

Kalla Nottam is a novel attempt, as far as Indian cinema is concerned, at using the concept of screen-life format for its narration. The focal point of this concept is that whatever the audience see happens on the screen, or from the perspective, of an electronic device. Hollywood mystery thriller Searching (2018) is one of the most popular films to use this format as a narrative tool.

The movie, shot entirely in a GoPro cam, is also commendable for its cinematography.

The film touches a number of socio-political issues. There are pertinent observations about how the patriarchal mindset is getting ingrained in children at an early age; it mocks the hero-worship culture of the mainstream films, and also takes on moral policing, voyeurism and suggestive jokes.

However, the movie falters a bit in the third act. The director takes the oft trodden route of mainstream cinema while telling the story of a girl who is caught in an “immoral” act, seemingly forgetting its own lessons on moral policing and progressive thoughts.

Nonetheless, the director, Rahul Riji Nair, deserves to be lauded for the narrative and innovative filmmaking.

The film has got two award nominations—for the best screenplay and best child artiste—at the New York Indian Film Festival.