'Dil Bechara' review: Despite minor faults, this girl meets boy tale is worth your time 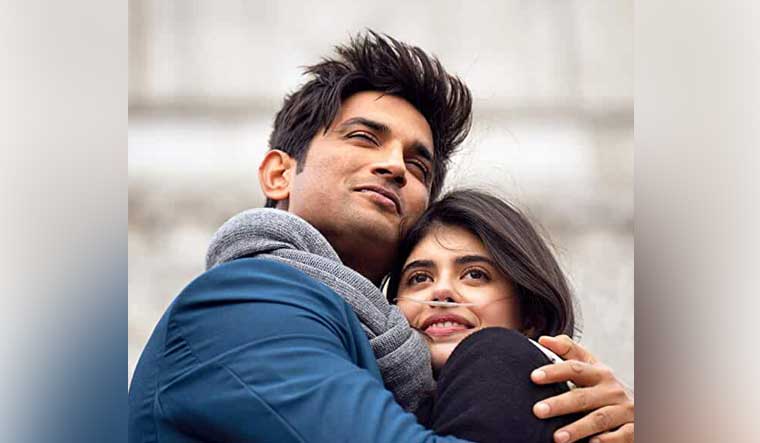 The Fault in Our Stars (2014) was not an easy film to remake in Hindi. The most challenging aspect was perhaps the cultural differences. This has been handled well in Dil Bechara. The adjustment into the Indian context is believable and has even been used for comic relief.

For those who are not familiar with The Fault in Our Stars, nor the John Green novel it is based on, it is the story of a girl with stage four cancer, who meets and falls in love with a boy who is recovering from cancer. Their blossoming romance and how they support each other through many travails and one common dream forms the rest of the story.

The film moves along at a steady pace, and much like the source material, focuses on the human spirit rather than the tragedy surrounding the protagonists. There is almost no unnecessary time wasted on the proceedings. But, just as the audience, at least the uninitiated, is lulled into a false sense of security, there is a grim reminder of the ferocious opponent that cancer is.

The scene where the female lead, Kizie Basu (Sanjana Sanghi), has to be hospitalised looks tad over-dramatised; but only someone who has suffered similar symptoms will be able to comment conclusively on that. Arguably, Dil Bechara's most important plot point is Saif Ali Khan's cameo. The changes in the script and a blip in the quality of writing did not do the scene any favours. But it is carried well by Khan.

The acting is generally good. Sanghi is impressive in her first leading role. Sushant Singh Rajput gives a memorable performance in his last movie, and is extraordinary at times. Indian cinema will miss him. The supporting cast puts in a strong performance. Swastika Mukherjee plays the overreacting Indian mother to perfection, but some of the cliched 'overreaction' scenes could have been and should have been avoided. These seemed like the only unnecessary scenes in an otherwise compact plot (the run time is only 1 hour and 41 minutes).

The music by A.R. Rahman is refreshing. Though some of the tracks seemed ordinary independent from the movie, in the film they mesh seamlessly with the narrative. The background music is beautiful.

If you liked The Fault in Our Stars, you may find faults with Dil Bechara. And while comparisons with the Shailene Woodley-starrer are inevitable, its Hindi remake is definitely worth a watch. Mukesh Chhabra's directorial debut is a well-made movie in its own right.