'Kaamyaab' review: Sanjay Mishra is endearing in a tribute to Bollywood's unsung sidekicks 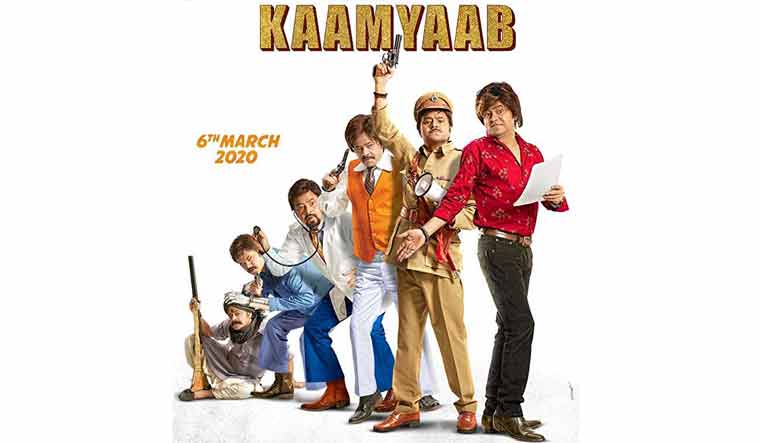 In one of the initial scenes in Kaamyaab, Sudheer (Sanjay Mishra) is reminded of a dialogue that has almost become his identity for years. On being recognised, he is often asked to reprise that dialogue “aur option hi kya hai” from a film he did in the 90s. Sudheer, now in his 60s and away from work for a few years, is being interviewed by an Uttarakhand-based channel when he is asked what could have possibly made the dialogue so famous. “Dialogue ki kismet thi, nikal gayee [The dialogue was lucky, it took off],” he responds with indifference. His significance in a film is almost equivalent to that of a potato in a curry, he says at one point. Like a potato, the sidekick like him, can be used in any form in varied preparations.

Hardik Mehta’s feature debut, after the National Award winning documentary Amdavad Ma Famous, brings the sidekick to the fore. With many anecdotal accounts of what a sidekick goes through, Kaamyaab focuses on one such person, Sudheer, who has been a part of 499 films without any identification—standing next to the star, being a henchman, being a villain who elevates the heroic identity of the star and more. He may have been unidentifiable in most parts, but what if he could add one more role to his filmography to attain that round figure of 500 and also, in his old age, give a performance that is remembered?

There begins Sudheer’s quest to attain a personal milestone. The world of films, which he used to navigate with much ease, has moved on. Casting directors have taken over the reigns in many ways. As Gulati (Deepak Dobriyal) flaunts on his company’s mug, “casting is 50% of filmmaking”. Long queues outside his office are only a testimony to how important his job is. And, Dobriyal, in his best form, aces the character as he struggles to find that one role Sudheer is looking for.

But even as Sudheer attempts to get back to the fold, championing whatever comes in between, there is resistance from his daughter, Bhavna (Sarika Singh). She remembers a distasteful experience the last time her father decided to work on a film. She constantly reminds him that he doesn’t need to work because he is financially stable and has a family that can take care of him. But Sudheer is compelled by his quest.

The family angle may not work too well for the film, giving it a little melodramatic turn. But what works really well is its attempt to put the spotlight on the film sets and show how everything film is not such a glamourous affair after all. Mehta brings back a coterie of popular sidekicks including Avtar Gill, Guddi, Lilliput among others playing themselves. While there is a considerable plot of rivalry between Sudheer and Gill, which is not just great but also reflective of the nature of the film industry, the other actors are sorely underutilised.

Mehta isn’t keen on showing the glamour of the film world, like in Om Shanti Om. He is not even portraying the dream-like nature of the industry where fairy tales come true, like in Rangeela. But he depicts the dark edge where a production executive haggles with the sidekicks and background artistes, where stars rule and everything else is secondary. And, that is what works well for Kaamyaab.