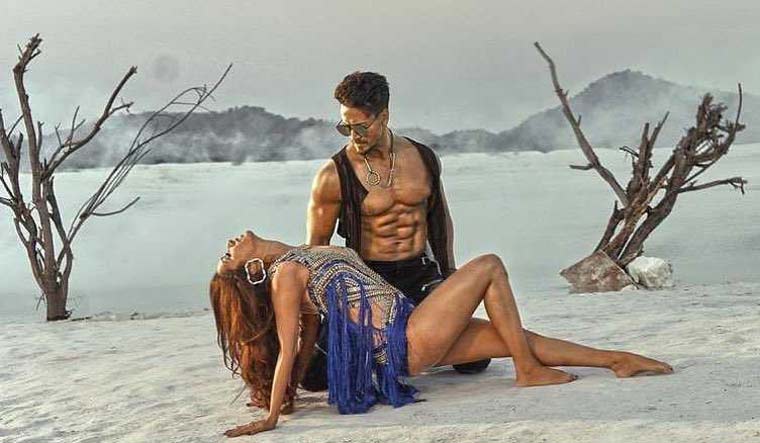 With Baaghi 3 taking us to Syria, the potential of the series now seems limitless. There are plenty of countries left and as long as Tiger Shroff remains fit enough to pull off the stunts, this thing could go on and on. Africa could be a good choice for the next part, you know, to break the monotony of Islamic terrorists with some colourful racism.

But in all fairness, Baaghi 3 is a movie which knows what it is. There is no attempt to be intelligent. It is all about the fun, which in this case is unleashing Tiger's full fury against hapless bad guys (who clearly did not see Baaghi and Baaghi 2 or they would surely have sued for peace.) They never stood a chance.

The USP of the film—the fighting—is executed well. If only the itch to copy things could have been avoided. But more on that later. The film starts slowly, but is then saved by a display of Tiger's incredible fighting skills. His kicks and flips are neat as always. But in the past he has looked like a ballerina is some fight scenes. That has been dealt with and there is more intensity here.

There are a few funny moments in the first half and bad attempts at comedy. The lead pair, Tiger and Shraddha Kapoor, has been given ample opportunities to showcase their acting skills. They even impress fleetingly. One comic scene in particular may surprise the duo's detractors. But there is plenty of room for improvement.

Baaghi 3 has silenced those who criticise movies for not devoting enough time to develop the plot and the characters. Because it makes us wish there was less plot and much less character development. Even after Ronnie (Tiger) and Siya (Shraddha) land in Syria, a lot of time is wasted. And in case you were wondering, Siya proved herself to be a useful ally.

Tanks, helicopters, mega blasts and Wonder Woman impersonations follow. Some of the stunts are phenomenal, others extremely dangerous, but some are underwhelming. Tiger must be appreciated for his commitment and dedication to his craft—heropanti. His emoting is still subpar. When he threatens bad guys, he looks about as intimidating as a pouty child. And the crying is painful to watch. And if you are waiting for the climax, it is one of the silliest in recent memory.

Shraddha looks set to continue her fine run at the box office with Baaghi 3. While her acting credentials are questionable, there is no denying that Shraddha has established herself as a star. But she will need to improve her body of work to be respected as an actor. Comedy seems to suit her.

Riteish Deshmukh, a fine actor, is downright irritating. Jameel Khoury, who plays the villian Abu Jalal Gaza, is convincing. The cinematography by Santhana Krishnan Ravichandran warrants a special mention and is one of the saving graces of the film. The music is mediocre. But the third edition of the Baaghi anthem, 'Get Ready To Fight', gives it a lift. An unavoidable element of any Bollywood blockbuster-in-waiting is the item song. Baaghi 3 fits one in, too, giving Disha Patani an opportunity to show off her stunning body (#fitnessgoals). It would take a lot of effort to look past the 'similarities' the song (Do You Love Me) has to other people's work, but Disha moves like a dream.

The much-hyped 'Dus Bahane' remake features in the end credits. Tiger and Shraddha both look hot. Tiger has some cool moves, Shraddha does not. In the end, Baaghi 3 is simple enough to rate. One star for Tiger, and one star for everything else put together.