Bhoot: Part One review: A horror thriller that is faithful to familiar tropes

Bhoot: Part One - The Haunted Ship comes across as an ordinary, cliched affair 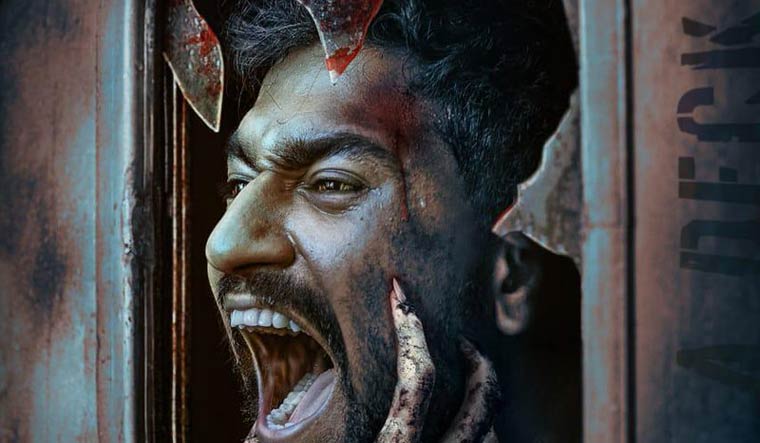 The horror genre is undergoing a revival of sorts. It is no longer just about horrific ghosts. The story is becoming more important than the jump scares. But mainstream Bollywood productions have a way of diluting a movement. And, Bhoot: Part One - The Haunted Ship is a perfect example of this.

Starring Vicky Kaushal as a grieving husband and father, Prithvi, the film is about a ship—Sea Bird— that is stuck in the dunes of Juhu beach in Mumbai. Prithvi, a shipping officer, along with his colleague-turned-friend Riyaz, is probing the details of the mystery vessel. While Riyaz has been updated in hushed tones about the ship being haunted and maintains a distance during the probe, Prithvi is drawn to it.

Prithvi is in a mess. He is dealing with the guilt of having been responsible for the death of his wife and daughter. He refuses to take the tranquilisers prescribed to him and often hallucinates about his departed wife and daughter. He likes these as he is glad to see them at least in his hallucinations. The chaos in his life increase as he begins to to probe the mysteries of Sea Bird.

He sees a young girl in the ship every time he goes in. With his medical condition, it is hard for him to convince anyone else about the apparition. Prithvi gradually begins to unravel the mysteries of the Sea Bird from the things he collects from the ship. By now, Riyaz too comes around to help him.

Then there is Joshi (Ashutosh Rana) who has been working on paranormal activities. Although he appears to be the only sane person around, eventually he too falls into the same trope that most of the horror films follow— that of an exorcist. As expected, the exorcism does not work, but then nothing else works either.

The fine lighting and camerawork by Pushkar John and the occasional eerie music by sound designer Anish John fail to uplift the incoherent script by director Bhanu Pratap Singh.

Kaushal, doing a horror film for the first time, makes an earnest attempt to get into the character that requires him to look confused amidst the chaos that life has brought him. But his acting skills are hardly of use in a movie that heavily relies on cliched horror movie tropes. Bhumi Pednekar’s cameo as his wife is again too dramatic to be believable. In a time when socio-political subtexts are being explored in horror films, Bhoot: Part One - The Haunted Ship comes across as an ordinary, cliched affair.

Since this is planned as a trilogy, one can only wait to see if better stories come out in the franchise later. For now, this is a disappointing fare.