The action and chase sequences work brilliantly in the film 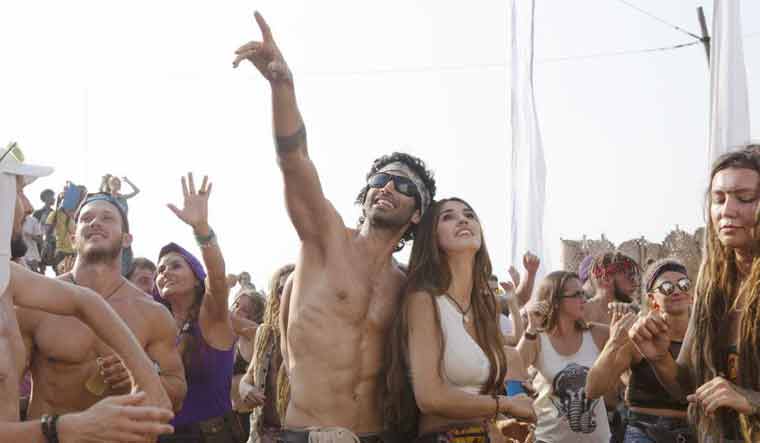 Cute boy meets pretty girl, fall in love, and eventually are struck by a tragedy. In between, there is suspense and thrill. A template that director Mohit Suri has time and again exploited. A template that when clubbed with the right people, the right music, the right timing and the right plot twists, often turns into a full masala entertainer. Suri’s recent film, Malang, does not deceive the template, but takes it too seriously and loses the plot somewhere.

Starring Aditya Roy Kapur (Advait) and Disha Patani (Sara) in lead roles, Malang begins in a jail. As the camera focuses on Kapur’s polished abs and biceps, a long-stretched fight scene unfolds. A knotted bracelet is the cause of Advait’s anger and the eventual fight with his fellow jail mates. Other characters are introduced—Kunal Kemmu’s Michael, a police inspector in Goa, and the reckless encounter specialist, inspector Agashe, played with a lot of ease by Anil Kapoor.

Soon, the film goes into a flashback as it builds the story around the bracelet that belonged to Sara. Advait and Sara, two bohemian people meet in Goa. Advait’s reclusive identity is a result of a dysfunctional family, while Sara just wants to live life to the fullest. A relationship built on the idea of having fun, it takes no time for them to fall in love. It is just the beginning of a clichéd storyline. Their love story evolves over many flashbacks and that does not necessarily work in the film’s favour, stretching it beyond a point that can be endured.

Even if it feels that one has spent hours in the theatre, apart from the flashbacks, the film spans only a day when Advait is released from the jail and is working against time while he is on a cop-killing spree. Kapur’s well-built body, shot against the scenic Goa, and flexing muscles in the action and chase sequences is something that works brilliantly for the film. So does Patani’s toned body against the sea. But their chemistry is not crackling and often fails to work making the first half of the film drab. Thank god for the music and slick cinematography.

But as the plot builds up the backstories of Kemmu’s righteous cop against Kapoor’s hasty one and what has led to become the people they are, in the latter part of the film, the interest spurs. Credit has to be given to Kemmu and Kapoor (tripping over the song Aaj Ki Raat Koi Aaane Ko Hai) who seem to be having fun playing the parts given to them. Apart from that, Malang’s attempt at building a suspense story is hackneyed. It takes up a cause of how proving his manliness can drive a man to a point of being crazy and extremely violent. But in the film’s scheme of things, it all starts feeling pointless and banal as it reaches the climax.