With black humour, it delves into the nuances of German propaganda machinery 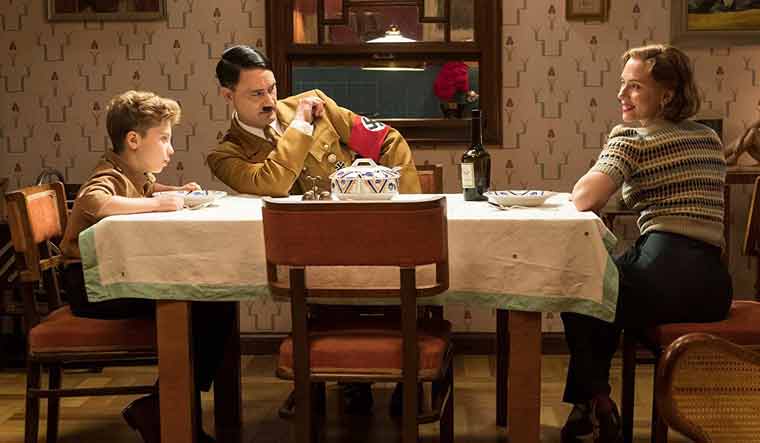 Fascism blooms in the mud of hatred. If you consider any fascist organisation, you can see that their propaganda machinery applies three powerful techniques—dehumanisation, demonisation and idolisation—to indoctrinate and ensure support of the majority.

In Nazi Germany, Hitler’s “democratically-elected” government took multiple legal measures to isolate, segregate and incarcerate Jews. But to create a climate of indifference towards their plight, the Nazis successfully demonised and dehumanised Jews in the eyes of German whites. The Nazi party’s rise to power can be greatly attributed to its anti-Semitic, anti-communist stance. They played a victim card by propagating the idea that the Jewish minority is to be blamed for all the miseries of white-German majority. (This finds resonance in the current political atmosphere in many countries where alt-right and ultra-right parties blame certain religious communities, ethnic groups or migrants for all the woes of the world.)

The satirical film Jojo Rabbit, directed by Taika David Waititi, caricaturises Nazi Germany. Employing ample amount of black humour, it delves into the nuances of German propaganda machinery. The story is told from the perspective of a ten-year-old boy, Jojo (Roman Griffin Davis), who is an enthusiastic new entrant in the Deutsches Jungvolk in der Hitler Jugend—a section for boys aged 10 to 14 in Nazi party's Hitler Youth organisation.

The boy lives with his mother Rosie (Scarlett Johansson), who is secretly part of a resistance movement (even Jojo does not know about it). But Jojo is fascinated by Hitler. He dreams to be part of Fuehrer's personal guard. Moreover, Hitler (Waititi) is a secret imaginary friend for him. Looking back into history, the Nazi propaganda was successful in creating a superhuman image for Hitler. Thus, this “imaginary” friend of Jojo, could be seen as a representation of that Hitler-like, Aryan alter-ego every Nazi harboured inside them.

Jojo’s life starts changing when he finds a secret that his mother has been hiding. Jojo is resentful because of his prejudices, and his imaginary friend is not helpful, either. Some may argue that Jojo Rabbit trivialises the horrors that happened in Nazi Germany—that the film is too much fun. But it should not be forgotten that the story is told from the perspective of a Nazi boy who truly believed everything is great about Hitler.

The film brings in some interesting references to a few past satirical works on Hitler. The hand grenade scene from Charlie Chaplin’s 1940 classic The Great Dictator gets a distant nod in Jojo Rabbit. Another reference is to a 1939 British song ‘Hitler Has Only Got One Ball’.

The film has a surreal setting, overall. The cinematography and editing provides the best service to that setting demanded by the story. The performance by all the lead actors, especially Davis and Thomasin McKenzie, are worth mentioning. Jojo Rabbit has a bunch of “good Nazis”, too. I asked myself if a Nazi can be shown as a good human being. Then the images of the film Schindler’s List popped up in my head.

Also, the film shows Rosie’s efforts to secretly run a non-violent resistance movement from within the system. Rosie’s resistance method could be seen as a tribute to German pacifist resistors like Sophie Scholl of White Rose Movement (Scholl was guillotined for distributing anti-war leaflets at University of Munich).

Although the film is set in the Nazi era, it, in fact, laughs in the face of present-day hatemongers and institutionalised propaganda machinery. Jojo Rabbit uses Germany as an allegory to convey what indoctrinators and manipulators can do with the conscience of today’s youth.