'Chola' review: Sanal Kumar Sasidharan is back with another unsettling film

Chola fills you with fear, and is definitely not for the faint-hearted 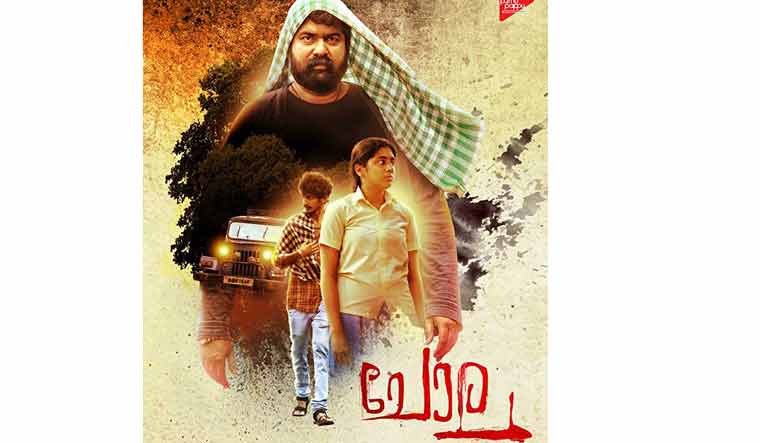 Filmmaker Sanal Kumar Sasidharan’s latest directorial venture, Chola, is a movie you will watch and then speculate about later. It is raw and as real as it can get, taking you on a ride that is sure to leave lasting impressions. This three-person drama stars Joju George, Nimisha Sajayan (both of them won Kerala state awards for their performance in this movie) and debutant Akhil Viswanath.

Joju George, whose character’s name is not revealed throughout the movie, is addressed as Aashan (boss) by Akhil’s character. He delivers an astonishing performance in tune with Nimisha who is equally exhilarating. Nimisha portrays the character of Janaki (Akhil’s girlfriend) who is innocent and in awe of the sights the city offers, at the same time scared and apprehensive of Akhil’s Aashan. And Nimisha captures this essence of Janaki (who knows this journey will change her forever) flawlessly. Akhil stuns the audience with his passionate portrayal of Joju’s sidekick and Janaki’s boyfriend.

This movie is filled with sick tension, like every other movie of Sanal Kumar Sasidharan. Like his previous movie S*** Durga, this movie also offers one a slice of the grim realities of life, enriched with Sasidharan's personal style and vision which stands apart from normal commercial Indian cinema.

The movie opens in a very suspicious way—a teenage girl, dressed in a school uniform, emerging from mist to meet two guys waiting by a jeep. Together, they embark on a journey during which one learns that the younger guy is the girl’s boyfriend who had promised to take her to see the city and the older guy, who is driving the jeep, is the youngster’s boss whom the girl did not know was accompanying them. The story is set in a hilly undeveloped countryside of Kerala. The descent of the story towards its crux is literally represented by aerial shots of the jeep driving down torturous mountain roads. Ajith Acharya’s excellent camera work presents every shot great precision. At times, deliberately unclear shots play a huge role in portraying Janaki's confusion and premonitions. Sergey Cheremisinov’s unsettling and seething electronic music gives life to the different tones and colours of the city and country life.

The movie is aptly titled Shadow of River in English as the river is an important motif in the story. When one looks through water, everything appears foggy and unsure just like Janaki’s journey to the city, travelling through heavy rains and mist. The river could also be symbolic of Aashan—a strong and dominating character who will have his way no matter what. All of this could not have been conveyed without Acharya’s cinematography and the surging metallic score by Cheremisinov.

Chola is filled with symbolism and motifs. Towards the end, the movie takes a thrilling turn towards magical realism, trying to convey the complex emotional journey of its characters. The movie, however lacks context (both social and religious), leaving many instances unexplained which is why one cannot fully sympathise with what Janaki went through. Chola fills you with fear, and is definitely not for the faint-hearted.