Panipat review: A tale of bravery and betrayals 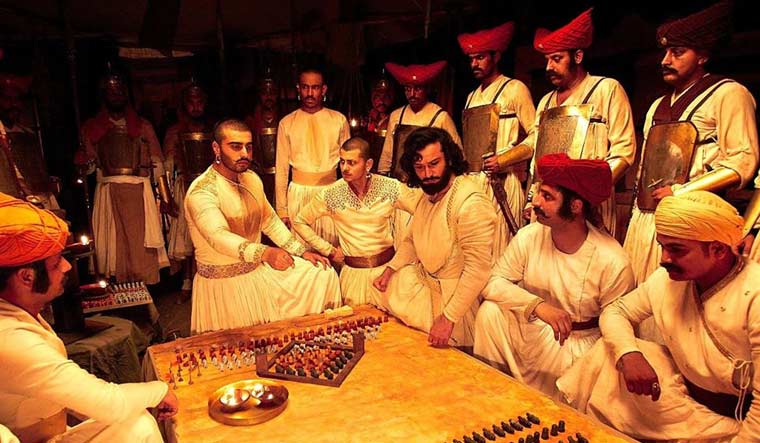 Director Ashutosh Gowariker seems to have taken the bashing from media and others over the portrayal of Muslim community in movies quite seriously. In the run up to the release of Panipat, his ambitious historic drama based on the third battle of Panipat (between Maratha warrior Sadashiv Rao and Afghan ruler Ahmed Shah Abdali), much has been said about the film. Most prominent among the criticism was the choice of a story that puts Muslims in a spotlight and the release date—December 6—that coincides with the day of the Babri Masjid demolition in Ayodhya in 1992. The portrayal of Muslims in a few period dramas in the recent past, especially Padmaavat, which had barbarism written all over their Muslim characters, added to the woes of the director.

Gowariker’s portrayal of Muslim characters, however, is milder, much milder than one would expect.

In one of the early scenes where Abdali (Sanjay Dutt) has just been introduced, a plate of turkey is presented to him with a knife poking out of it. You expect him to grab it and bite into the meat. But rather, he is betrayed when the server attacks him with the same knife. Abdali fights back. There’s blood and gore. It is an ugly sight. But that is where it ends. (Later, Abdali, on his visit to India, is shown biting into the juicy Indian pomegranate.)

A tensed moment like the above-mentioned scene never builds up again in the film, never in the battlefield either. Do we blame Sanjay Leela Bhansali and S.S. Rajamouli for constructing over-the-top and glamorous war scenes that make this one look too modest? May be. Even the battlefield that swarms with lakhs of men in the frame fails to create a cinematic impact. The over-stretched storyline pulls it down further.

What builds up in the film though is constant debauchery and betrayal by all the parties involved, keeping the proceedings alive. There are moments when everyone’s motive seems questionable. Peshwa Sadashiv Rao (Arjun Kapoor), the third in-command of the Maratha empire wins a battle at the beginning of the film. He is the most able ruler. But family politics takes precedence and instead of leading the army, he is made in-charge of the finance. In that lean period, romance brews between him and Parvati (Kriti Sanon), the daughter of the kingdom’s medic. But only till the news reaches that Abdali has left from Afghan with his huge army to capture the throne in Delhi. It is the late eighteenth century with the Marathas leading the country. Family issues are kept aside as Rao proceeds towards Delhi with a battalion, Parvati, now his wife, and others. The battalion is nothing in comparison with Abdali’s, but the spirit to fight is.

Hope is placed on association with the local kingdoms on the way. But both sides have similar hopes and that is a good thing. That creates the drama, important for the film, and ties it together, also giving it a touch of authenticity with Gowariker sticking to the associations and the eventual betrayals to the t. Cinematic liberties have been kept bare minimum and the film rides on facts like the efforts of both the parties trying to get the support of Nawab of Awadh or Shuja-ud-Daulah, and others. Except for a few who remain constant, the support from the rulers oscillates between Rao and Abdali till the final moment of the war, which Rao ultimately loses after fighting valiantly. But in the final moments of film, the message is sent out—of the fierce Marathas, and about Abdali who never returned to India for the throne after witnessing the fight that Rao put up.

However, Kapoor as Rao hardly looks fierce. Effort has been made and it is evident, but there is very less to see him as a warrior. Dutt too fails to make an impact with his character’s arch going gentler, nothing like someone on the battlefield. It’s Kriti Sanon who shines, both as Parvati bai and the sutradhar of the film. Other actors like Mohnish Bahl (Peshwa Nanasaheb), Padmini Kolhapure (Nanasaheb’s wife), Zeenat Aman (Sakina Begum), Suhasini Mulay (Rao’s mother) and others have few scenes and none to effective. Even the music by Ajay-Atul fails to create an impact, further bringing down impact of a historical drama.