The film falls flat with its excessive jingoism and hero worship 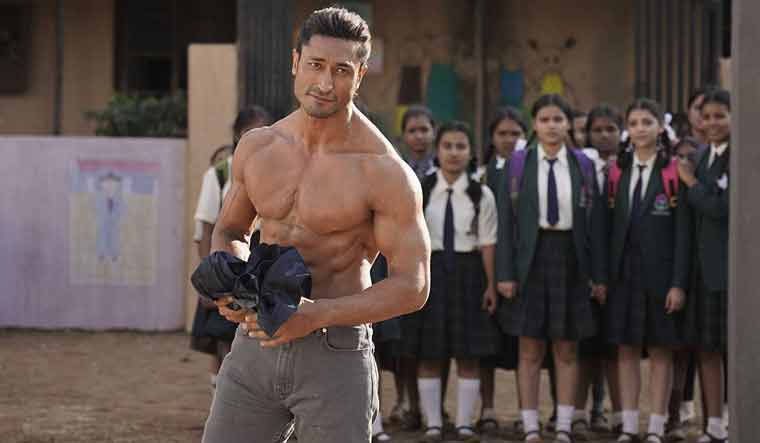 While watching Commando 3 one wonders if it is tiresome because of the problem of plenty, or is it just too dreary to keep you engaged. Could be both. The rise in terrorism globally has ensured that enough films are made on the people who put their lives at risk to save the world from yet another blast happening. But the trend has continued for too long and thus too many films have followed similar patterns. For a film around the theme to strike a chord now, it has to be a really novel idea, which Commando 3 is not. One that goes beyond the race-against-time format, chest-thumping patriotism, and pulling down the Muslim community (often at the receiving end in such films).

The screenplay and in turn the storyline are so drab that it leaves you devoid of imagination, or any hook points to really wait for what happens next. Stereotypical scenes like the one where a young, indoctrinated man in Mumbra, Mumbai is asked to prove his love for Islam by beheading a calf takes down the interest immediately. What follows is a string of certain clichés. A Muslim father’s disappointment that all his efforts in protecting his son from the clutches of terrorists has gone in vain, a “bharatwaadi” officer’s undertaking that he will not let any other Indian turn to jihad. It has all been done before, just that Commando 3 emphasises on it enough for you to cringe and think if this is the only way to make a film on terrorism.

Captain Karan Singh Dogra (Vidyut Jammwal) is the do-gooder. His heart bleeds on wrong doings. Early on in the film, a newsbreak in Delhi about a few akhada men tormenting young skirt-wearing girls takes him there. He beats them blue and becomes a hero. Jammwal’s slick action sequences are something that the film works around. Anything else really does not matter. Once his larger-than-life persona is established, he is called to thwart a terror attack being planned by Buraq Ansari (Gulshan Devaiah), a terrorist operating from London.

Ansari is someone who is brainwashing young Indians to turn to jihad; someone who works from behind a black veil. It is just a matter of time that Dogra with his team in tow unravels the mysteries. Only that the mysteries are too frothy and predictable. And his team, both from India and London (the Military Intelligence/MI), seem largely insignificant with hardly any part to play. They are there because the leading man’s heroism has to be proven.

The arch of the two actresses, Adah Sharma (Bhavna Reddy) and Angira Dhar (Mallika Sood), is nothing but formulaic—women who fall for men with abs, women who have a fight brewing because they like the same man, it only goes on. In the previous film of the franchise, Sharma’s Hyderabadi accent could guarantee some humour. Here, that too, does not make any sense. At least the villain holds his ground. Devaiah, even if he goes a little over-the-top at times, mostly does justice to his character.

The film falls flat with its excessive jingoism and hero-worship. Actors like Rajesh Tailang, who could have shone in other films, are given stock scenes that do not do justice to them. And the biggest turn down is the portrayal of Muslims, who have to go through many litmus tests through the course of the two hours, to prove their virtuousness. In turn, by the time of the climax, the film becomes a test for the audience’s patience.