'George Reddy' review: An impressive tribute to the youth icon

Sandeep Madhav as George looks every bit the leader 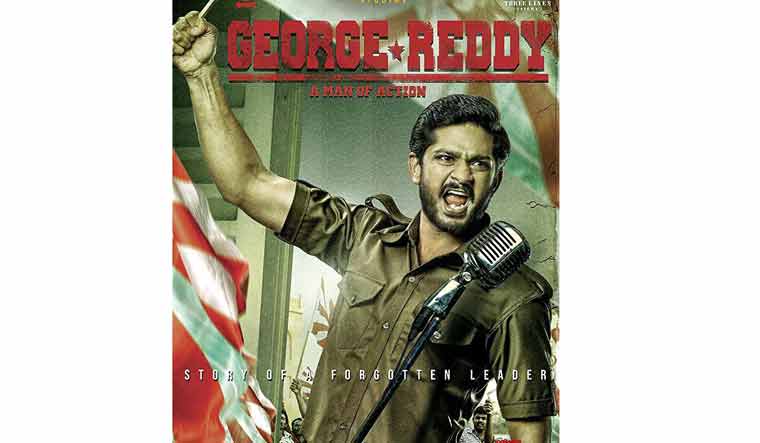 After the movie ended, a youngster from the audience was heard telling his friend that he was aware of one of the scenes shown in the Telugu film George Reddy. It was narrated to him by his uncle. His friend also had something to add. “I was told by my father that George used fists more than other knuckle dusters or blades to attack his rivals.” This biopic on student leader and Ph.D scholar George Reddy was much awaited because of such stories that have been passed on for the last 45 years. George Reddy died when he was just 25 years old in Osmania University but his name remains an emotion. So, when people came to watch George Reddy they were not only searching for the incidents they were aware of but also to watch the man, raw in action.

Director B. Jeevan Reddy does not waste much time as from the word go, George Reddy’s (played by Sandeep Madhav) aggressive side is unleashed. The movie starts with a US-based scholar, Maya, wanting to shoot a documentary on George. She travels all the way to India to meet George’s followers and friends and document his life. From here on, flashback reveals the story of a young George in Kerala.

As expected, he is introduced in a fight scene as he tackled eve-teasers while on his way to the Osmania University. The makers seem to be well aware of the significance of Osmania University in George’s life as almost the entire movie is based on his life in the capmus. In the first half, George as a studious and sincere student and George as a rebel with boxing skills are shown in equal measures. The song ‘Bullet’ shows the other side of fiery leader as female students shower him with attention. The highlight is of course George’s boxing skills every time he decides to take on someone. The half a dozen or so fights shown in the movie involving George will surely evoke cheers from the viewers.

The movie progresses as George transitions from a student to a leader by fighting casteist elements as well as bullies within the campus. George, who disagrees and is in constant conflict with two students associations affiliated to political parties, decides to start his own organisation and contest for the elections. Lallan Singh, a member of right wing group and his brother, a local goon become sworn enemies of George as they are opposed and fought by the leader. How George was instrumental in awakening students across the country by encouraging them to fight on mainstream issues is shown in the second half.

The final hours of George's life is gripping and emotional. The filmmakers did take some liberty by fictionalising scenes, especially the fight sequences and the romantic track. But, the director should be appreciated for striking a fine balance by not making the product either a boring documentary or a highly commercial potboiler.

Sandeep Madhav as George looks every bit the leader with his body language and expressions. For all George Reddy admirers, this movie is sure to inspire them a bit more. This attempt on George will definitely go down as one of the best references on the youth icon who is still celebrated.