The director has breathed life into each and every character 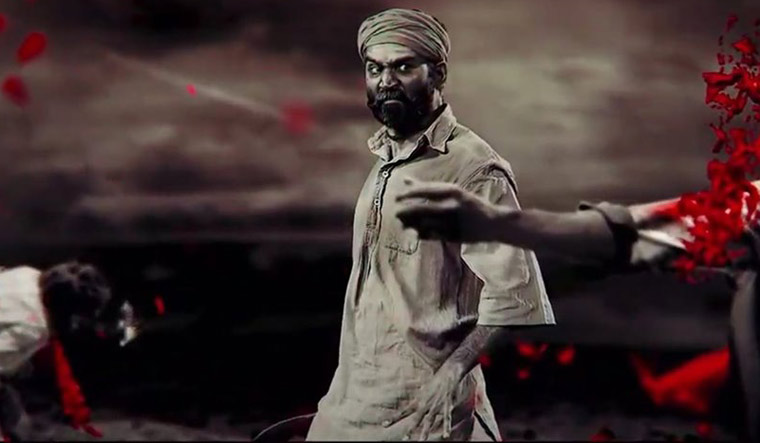 Asuran is yet another blockbuster from the Vetrimaaran-Dhanush combo.

An adaptation of popular author Poomani's award winning novel 'Vekkai', Asuran (demon) is a revenge drama about a father-son duo who seek to live a life of dignity. Set between the 1960s and 1980s in Tirunelveli, with Dhanush essaying a double role, the movie begins with Sivasamy (Dhanush) and his son Chidambaram (Ken) going into the forest at night.

We learn that the father and son are forced to run into the woods after Chidambaram kills Narasimhan (Aadukalam Naren), a powerful landlord. Narasimhan was trying to grab the land that belonged to Sivasamy.

Sivasamy and Chidambaram are trying to escape from the family members of Narasimhan who vowed to kill them both. What happens then forms the rest of the story.

Vetrimaaran manages to keep the audience on the edge of their seats while dealing with an array of socially relevant issues, including casteism, untouchability and discrimination. There is also the usual themes of love, family, affection and greed, but none of it is out of place in this racy thriller. The language, slang and colour of the region bring a touch of much-needed realism to the proceedings of Asuran.

Dhanush is in his elements in this revenge drama as he fights against oppression. A stained half-torn dhothi, a shirt and a green towel are all the costumes that Dhanush has throughout the movie.

The director has breathed life into each and every character. Manju Warrier is brilliant as Pachiyamma, and Prakash Raj, though appears on screen for a short time, makes his mark.

The dialogues spell out the politics behind caste system. “We are born in the same land, we talk same language but stay divided,” says the character of Dhanush in one scene.

G.V. Prakash Kumar's brilliant background score makes the movie all the more thrilling. The masterful cinematography of Velraj Ramar brings the touch and feel of the forests on screen.

The film indulges in excessive violence and bloodbath. Slashing the throats of wrongdoers can't be the solution to every problem. However, the lead characters of the movie make the audience believe that they were left with no option but to reach for the sickle to escape from the oppression.