'Saaho' review: Prabhas's ripped muscles and fancy guns can't save this one 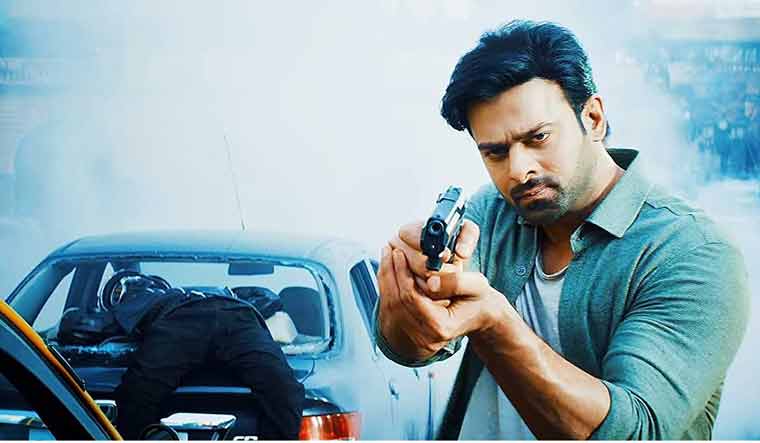 The biggest achievement of Saaho is that it opened Telugu cinema to a pan-India market and elevated the star status of Prabhas. The Rs 350-crore movie’s success lies more in the hype generated in the run-up to the release and for getting one of the biggest releases in the country. The finished product may not entirely do justice to the expectations of many. Saaho, released in four different languages, strictly falls in ‘action’ category and like most hardcore action movies, is devoid of much logic and is far removed from reality.

Director Sujeeth Reddy created a fictitious city called Waaji, to tell a good part of his story while choosing Mumbai for the first half of the plot. The opening scenes introduces us to Roy (Jackie Shroff) who heads a group of global mafia leaders. He has the key to the vault which stores the wealth amassed by the group members. His position also makes him vulnerable as other members of the gang aim to occupy his chair. Roy comes down to Mumbai and is murdered in a road accident. The story then shifts to a huge robbery that takes place in Mumbai.

The interesting sequence of events leading to the robbery present the hero, Ashok Chakravarthy (Prabhas) who is an undercover police officer. He is assigned to investigate the robbery. While probing the case he meets his lady love, Shraddha Kapoor, another police officer. The duo along with a hacker, Murli Sharma, eventually get involved in the pursuit to find a black box which is a key to the vault that Roy's group is in control of. Roy’s heir (Arun Vijay) also wants to take possession of the black box along with other gang members. In the first half, lighting up the screen are a number of Bollywood actors like Chunky Pandey, Mahesh Manjrekar, Tinnu Anand, Mandira Bedi and Prakash Belawadi. The first half ends with a twist. It is clear that the director in a way conveyed that the second half of the movie is the part to watch out for. The movie title is shown only in the interval.

In the second half of the movie, Prabhas undergoes a major makeover is re-introduced to excite his fans. The second half is loaded with a huge cache of arms, fist-fighting, flying cars and good amount of blood. The movie mainly revolves around four characters and at many places, one finds it difficult to join the dots and understand the flow of narration.

There are no dearth of surprises in the movie but it hardly saves the film. The writing is not up to the mark and in the end, the plot loses steam. The director has tried to infuse novelty and experimented with action sequences like the ones involving jetpacks. But, a weak and confusing story with average performances from most of the popular artists, gives a feeling that it is a lost opportunity.

What stands out in the movie is its background music and some well-shot songs. The dialogues and songs fail to register much. Even with a towering Prabhas armed with a ripped body and fancy guns, Saaho fails to hit the target.