‘Mission Mangal’ has dance, drama and music, but little of science that invigorates 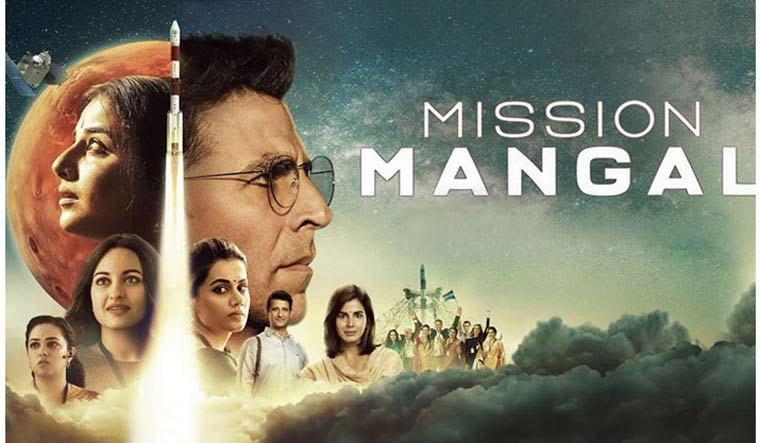 Vidya Balan’s Tara Shinde in Jagan Shakti’s Mission Mangal is almost a superwoman. She completes her household chores with much dedication, goes to office and is very passionate about her work. Her experiences in the kitchen come handy while developing her professional scientific projects. She calmly puts up a fight to make India's Mars Mission possible. At home, she deals with her husband’s (Sanjay Kapoor) snarky remarks about being too dedicated to her work with much composure and sensibility. She does not reprimand her teenage son, who exhibits some inclination to Islamic customs, even when her husband is immensely against to the idea. In one scene, she proclaims how praying to the idol is not important, and it’s the power you believe in that matters.

These are some of the strengths of Shakti’s film based on the inexpensive launch of the Mars Orbiter Mission (MoM or Mangalyaan) by the Indian Space Research Organisation (ISRO). There are many more instances―some wisecracks, some profound thoughts―that the film is peppered with, and it’s mostly light-hearted. But at the same time, the film on India’s successful space mission is nowhere near Gravity. Mission Mangal doesn’t delve deep into the jargons of science, and rather oversimplifies it, trying hard to be appealing enough for the masses.

The puri-frying technique, now much popular from the trailer of the film, isn’t the only example. It expands to much more―one scientist gets an idea of a light-weight satellite from pamphlets being distributed on the road on plastic waste, another manages to revive a hung satellite by switching off the main power and switching it on again. Even if it looks silly, it works because most things in India work with jugaad.

Jugaad is not a by-word for this film. It’s ‘the word’. Take the most ambitious, influential story in the history of the country, club it with well-known faces, some laugh-worthy jokes, many emotional moments, and there’s your recipe, or jugaad, for a film that will be mass-appealing. Playing to the gallery too much also ensures that Mission Mangal reduces its women characters to images of love and sacrifice, even when they are ambitious and can instead have a representation that is more practical and believable.

Mission Mangal begins in 2010 when one mission at ISRO headed by Rakesh Dhawan (Akshay Kumar) has failed. As an Indian achiever with an experience at NASA, Rupert Desai (Dalip Tahil) is brought in to save the day, Dhawan is punished by being assigned a mission to mars that no one is excited about. To top it, the organisation has no budget to support it and the deadline is stretched to 12 years later so that there’s enough time to forget about it. The depiction of the department, a derelict area, populated by not people but a cat, is nothing but dramatic in nature.

Anyhow, it’s the spirit of Dhawan and Shinde that makes things bright and nice at times. The two leading actors, with the best lines in the film even if reducing the scientist’s image, entertain. Their other team members that include parts played by Taapsee Pannu, Nithya Menen, Kirti Kulhari, Sonakshi Sinha and Sharman Joshi have roles that aren’t fleshed out well and exist only to add masala to the film. For example, a divorced Muslim woman struggling to find accommodation, a reckless single woman, a man too inclined to birth charts and astrology even when he has studied science, so on and so forth. For a film on a scientific expedition, Mission Mangal has everything else in abundance―dance, drama and music included, but little of science that invigorates.