'Student Of The Year 2' review: A disappointing teenage love triangle 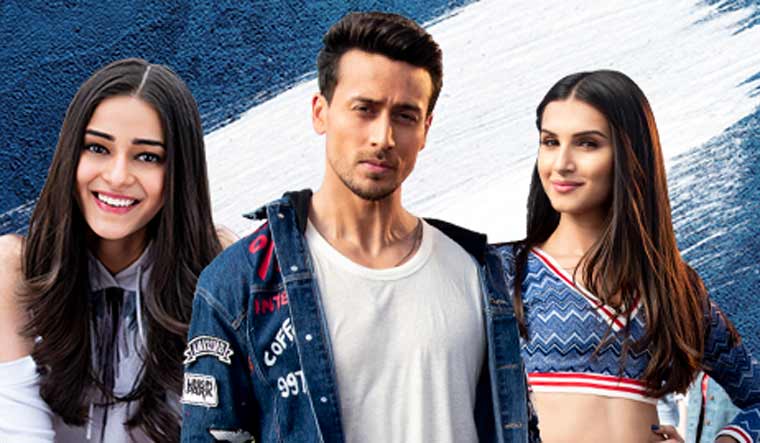 In one of the scenes in Student Of The Year 2, some time before the climactic sequence, the male lead goes out looking for one of the two female leads. When he finds her sitting alone with headphones (its colour ordination with her clothes unmissable), she asks him whether one cheerleader was not enough.

That one line, at least for me, was enough to sum up the movie. In the guise of a high-school romance, SOTY 2 rallies behind the male lead, while the female leads merely end up as cheerleaders. Everything else in between is candyfloss, including the special appearance by Will Smith. Yes, he dances a bit to the tunes of the classic Yeh Jawaani Hai Deewani, but doesn’t leave a mark, mostly because the others in the frame are disappointing. That, when the film mostly revolves around dance.

So, there’s Rohan aka Ro (Tiger Shroff) who has been in love with Mridula (Tara Sutaria) aka Mia for as long as he can remember. Their love anthem is ‘school waala love’ (has a better meaning than ‘ishq waala love'). At least, there is one thing that is less inane in this film than the first SOTY.

Rohan and Mia have been in the same school for 12 years in Mussoorie. But Mia, who is richer than Rohan (her mom boasts of an expensive front door to establish their financial status), has moved to an expensive college in Dehradun, St Teresa College, while Rohan has to rely on a scholarship to get in to the college of his choice.

Rohan would follow her, of course. The sports scholarship is Rohan’s only way to St Teresa from his current, Pichoridas Chamanlal College, where he is a star kabbadi player. He is also the only hope of keeping the college at the second last spot in the much-hyped Dignity Cup inter-college competition between eight colleges. He gets through to St Teresa. But, briefly. Everything that could go wrong go wrong during that small period. He starts off on the wrong foot with the snobbish daughter of the college trustee Shreya (Ananya Pandey). He beats the achiever of the college, Manav Singh Randhawa (Aditya Seal), in a race. And as it it turns out, his childhood sweetheart is attracted to the rich and popular Manav.

Rohan’s motto for life, as suggested in the beginning of the film, is to be with Mia and keep her happy. Following that would have kept the story on track. But the writer (Arshad Sayeed) and the director (Punit Malhotra), like the teenage characters in the film, seem confused. They take the plot to unimaginable levels of stupidity, and Rohan is back to Pichoridas. Soon, he will have both the girls falling for him and his ambition would change to beating Manav in the Dignity Cup.

In the process, the film becomes a podium for Shroff to display his chiseled body, dance skills and backflips. But acting? That’s not needed. Pandey tries hard and even succeeds at times in being the spoilt rich girl, but is mostly let down by badly written lines. Sutaria and Seal, even with a good screen space, fail to leave an impression.

The film exploits almost every angle that a college love triangle could possibly have— the class divide, college competition, sacrifices in love – and yet fails to strike an emotional chord. The unoriginal storyline ensures that one is reminded of many films set in colleges – from Jo Jeeta Wahi Sikander to Dilwale Dulhaniya Le Jaayenge and Kuch Kuch Hota Hai. Shroff even attempts a Shah Rukh Khan from Chak De, but with his one-note performance fails at that.

A film produced by Karan Johar, SOTY 2 falls below the low benchmark that Johar set with the first installment of the film.

Film: Student of the Year 2