The film is the directorial debut of B.C. Naufal, a veteran in the television scene 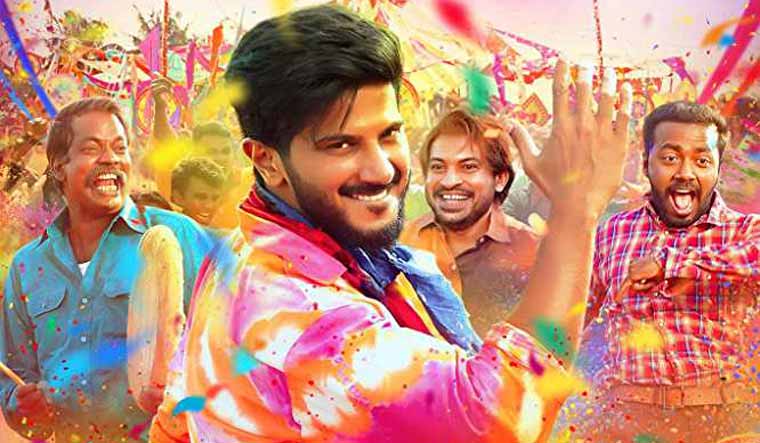 Oru Yamandan Premakadha lives up to its tagline 'Ithu ningal udeshiche kadha thane' [This is the same story you expected it to be]. Finding any sort of novelty in the film is a fool’s errand and it just offers the audience a touch of rustic vibes, frothy humour, splash of colours, passable fight scenes and forgettable characters.

Set in the village of Kadamakudi, the film centres around Lallu (Dulquer Salmaan), who is a daily wage painter. Though he hails from an aristocratic family, the son of Kombanaayil John sir (Renji Panicker) prefers the company of his ‘low class’ loser friends Panchikuttan (Salim Kumar), Vicky Peedika (Soubin Shahir), and Teny Sebastian (Vishnu Unnikrishnan).

The plot revolves around finding a suitable girl with a ‘spark’ for Lallu as his well-to-do younger brother wants to get married soon to his girlfriend. John entrusts this seemingly arduous task to Lallu’s friends and the rest of the film deals with their pursuit.

The film is the directorial debut of B.C. Naufal, a veteran in the television scene for over a decade, who tries to deliver a mass entertainer but falters in his attempt. The script is penned down by the duo Bibin George and Vishnu Unnikrishnan who have teamed up for the films Amar Akbar Anthony and Kattappanayile Rithwik Roshan. True to their earlier films, the script of Oru Yamandan Premakadha also follows a similar plotline that ends up being formulaic.

Oru Yamandan Premakadha marks the return of Dulquer Salmaan in Mollywood after a gap of nearly one-and-a-half years. However, the actor fails to leave a mark in his role as a village hero. He does an average job of playing a character who lives by one’s own rules and seems satisfied with his dance and fight scenes. It is a huge let down to watch Soubin Shahir who had delivered a stellar performance in Kumbalangi Nights being reduced to hero’s ally in a script that does not leave much scope for him. However, it is Suraj Venjaramoodu who steals the show with his brilliant portrayal of a distressed father.

The film is a mediocre attempt which elicits a few laughs from the audience but fails to weave any magic that would make it a worthwhile mass entertainer.