Oru Adaar Love review: No, you would not want to take this ride 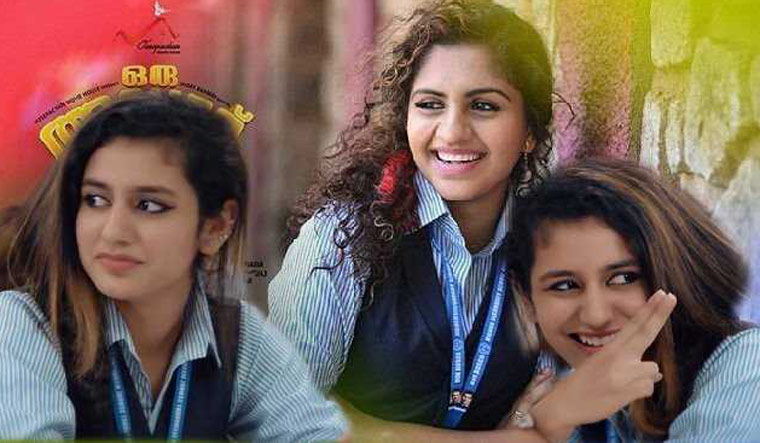 There are movies that are centered around a character, a theme, an incident or even an argument. If you are as brilliant as Pothettan, you can even make a movie from the mere thread of a rendition of the national anthem. And then there is Omar Lulu, who decided to rework on his script because a 'wink' in the promo song of his movie has been taken up by everyone on the internet and off it.

Oru Adaar Love, the latest offering from Omar Lulu, the man behind the innuendo-ridden Chunkzz and a forgettable Happy Wedding, had generated more buzz than some of the finest movies that have ever come out of Mollywood, even before the release. A wink, a flying kiss shoot, and a poor excuse of a lip-lock gave the makers of the movie enough courage to dub the movie into all the South Indian languages in the hope that cinema halls will be full of people wanting to see all these and more on big screens.

While he got carried away by all the fuss around the wink, Omar Lulu may have forgotten that a movie also needs a plot. The result: caricaturish characters, cringe-worthy jokes and innuendos, songs that are inserted for no rhyme or reason, and scenes added with the sole hope that there is some whistling and hooting. So, there is a fresher's day, some ragging, some menacing seniors, a student who likes his teacher, a nod to Premam in more than one scene, some songs and dance, another freshers day, a college tour, some love, some friendship, some misunderstanding and... some climax.

To the plot, then, Roshan (Roshan Abdul Rahoof) falls in love with Priya (Priya Prakash Varrier) from the moment he sets his eyes on her. She winks, he kisses, she shoots a kiss and they sing and dance. Roshan is also good friends with Gadha (Noorin Shareef). He has his band of guy friends whose only concern is to get a girlfriend by hook or crook. A misunderstanding leads to Roshan and Priya breaking up. His friends are concerned, and they want them to be back together. They hatch a plan. And the plan is to ask Gadha and Roshan to pretend that they are in love. I am refraining from writing down the rest of the plot not for the fear of giving away spoilers, but only because it looks like a frivolous exercise.

Just like any other school, Don Bosco Higher Secondary School, too, has a dimwitted principal, a pretty teacher or two, another teacher who is the butt of all jokes, and quite expectedly, a teacher (in this case a PT) who offers to be the pillar of support. They are paraded in one disjointed scene after another, written, shot and edited with the sole purpose of making the movie sufficiently long. There are a few scenes that you realise have crept into the movie after Priya Varrier became an internet sensation. There is also a scene hailing the fishermen who risked their lives to save the victims during the recent floods, and a tribute to Kalabhavan Mani. None of these have done anything to elevate the movie except may be generate a few claps.

Sometimes, only sometimes, you feel may be Omar Lulu is a director who is able to laugh at himself. “When the likes of Dileesh Pothan and Lijo Jose Pellissery are trying to lift Mollywood to a level of world cinema, you come up with these crappy lines,” he makes one of his characters to mouth. Of course, he is referring to a song. But you cannot but wonder if he actually was referring to the whole Adaar Love affair.

On the performance front, Priya Prakash Varrier does not have much to do except to look pretty and strut around, and the writing does not leave much room for Roshan Abdul Rahoof to prove his talent. The only one who seems to enjoy her ride is Noorin Shareef who plays Gadha. The rest of the cast, including Hareesh Kanaran, Salim Kumar (in a cameo that would remind you of Renji Panicker in Premam) and Siddique come and go without making an impact.

Except for Manikya Malaraya, none of the songs are hummable. Sinu Sidharth's camera gets to create some memorable frames only when the kids get to go for a trip or tour, and those are rare.

One of the oft used cliches when reviewing a movie is 'old wine in new bottle'. In Omar Lulu's case, he has just a bottle and filled with some water that has the colour of wine.