Nathicharami: A bold film that explores a widow's sexuality 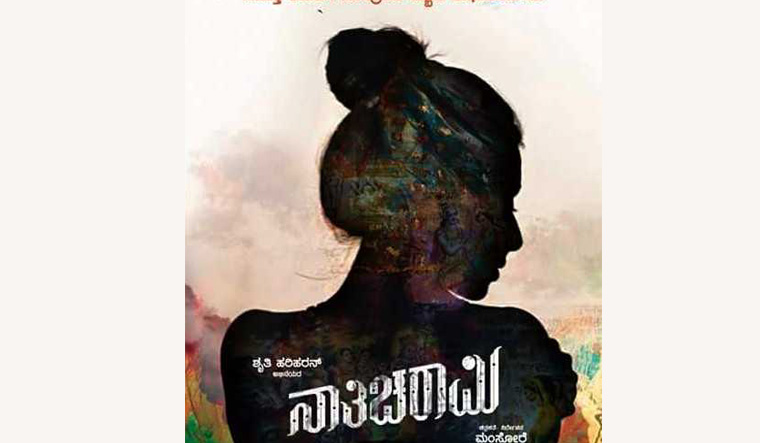 Nathicharami is a bold take on female desire. In Sandalwood, where woman's sexuality is still a taboo, Nathicharami comes out as progressive and timely.

The movie set in Bengaluru focuses on the protagonist's conflict between desire and societal beliefs. It explores the nuances of sex and sexuality of both sexes, weaving in characters from different social backgrounds to give it a social context.

The title is a phrase from the Hindu marriage vow roughly translating to “I promise to stand by you", is thoughtful as it is the source of all dilemma in the story.

Directed by National-award winning Mansore, and scripted by Sandhya Rani, the movie explores intriguing dimensions of relationships too.

It is the story of a young widow Gowri (Sruthi Hariharan), a successful IT professional, who battles loneliness and desire after the death of her husband Mahesh (Poornachandra Mysore), in an accident.

The sudden loss of her husband banishes her into an alley of loneliness— physical, emotional and sexual deprivation. But is she seeking only sex, or something beyond sex? Is it a search for her lost self — the one torn between a marriage vow of remaining loyal to her husband in life as in death, and the part of her that craves for liberation as an individual free from the baggage of guilt as she moves on.

As she oscillates between predefined notions of morality and desire, wary of unwanted sympathy, attention, advice and sexual advances at office, and parental pressure to get married again, She seeks professional help.

On a friend's advice, Gowri visits a psychiatrist Dr Carvaloh (Balaji Manohar) who counsels her to accept sex as a basic human need. The story takes a daring leap as Gowri is on the pursuit of a man who can offer her sex without any commitment. After initial hitches, she finally meets Suresh (Sanchari Vijay), an overambitious civil engineer, who is unhappy in his marriage.

The narration is simple. The film maker uses the constant interplay of light and darkness to switch between the real world and the emotional world one tends to keep under wraps.

The maid (Shwetha Srinivas) and the neglected wife (Sharanya) unleash a sea of questions facing the lives of ordinary women and the harsh realities of relationships.

Refreshingly, the movie touches upon the idea of consent even as it explores female desire. The scene where the neglected wife finally rebels against her unaffectionate husband and refuses him sex, mocks at the sexual act that becomes a mere ritual sans love and consent in marriage.

The narration is metaphorical too. The flowers Gowri picks up everyday without fail, to place it before her husband's portrait, is a ticker to her wavering emotions, much like her obsessive behaviour of keeping the sofa cushions and the ash-tray the way her husband liked it. They speak of her mental state, as anchored to a time and space in the past.

The movie produced by Ramesh Reddy and released under the banner of Tejaswini Enterprises has been well edited by Nagendra K Ujjani, and Guruprasad Narnad's cinematography is good too.

Nathicharami is a thought-provoking movie, slow-paced, yet engaging.