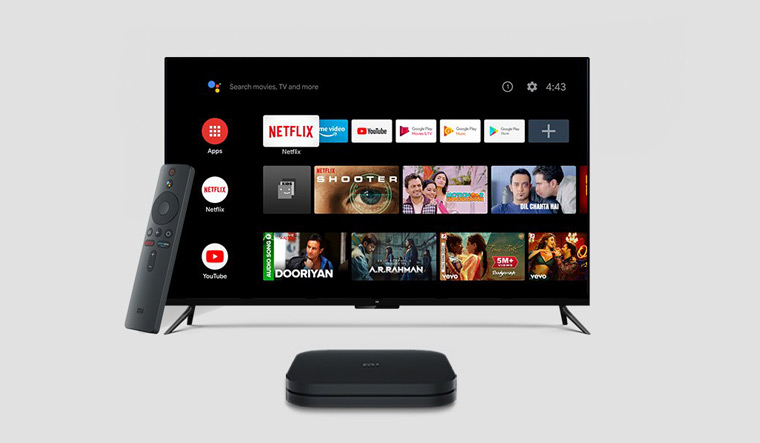 It makes sense to upgrade to a smart TV these days as OTT platforms have emerged as a popular way to consume content. One catch, though, is that manufacturers seldom update the software of these televisions, and after a point, newer versions of apps would stop working on an old operating system or miss out on new features.

That is why it makes better sense to make your dumb television smart with a set-top box—or a streaming device—rather than going for an expensive upgrade to a smart TV.

The Amazon Fire Stick has long been the go-to streaming device in India. A 4K version of the Fire Stick is also available. The Mi Box 4K from Xiaomi, which was released in India a week ago, does everything that the Fire Stick 4K does and a little more.

The Mi Box 4K is a sleek rectangular box with curved corners. Setting up the device is a breeze. Connect it to the HDMI port of the TV and to the home Wi-Fi (or your mobile’s hot spot), and it is up and running. You can sign in to your Google account to import your preferences.

The Mi Box 4K comes with the latest Android TV 9.0—you might be asked to update it for some bug fixes and new features. The operating system looks good and works well, and it supports thousands of Android apps. The built-in Chromecast Ultra lets you stream 4K content from a smartphone, tablet or even computer. Then there is Google Assistant, which can help you not only find shows and movies but also control the connected devices. The remote has a button to activate Google Assistant voice search and two hotkeys that launch Netflix and Amazon Prime Video. You can play your local files on an external hard drive or USB stick as well.