With foldable and dual screens, laptops are getting wonderful again 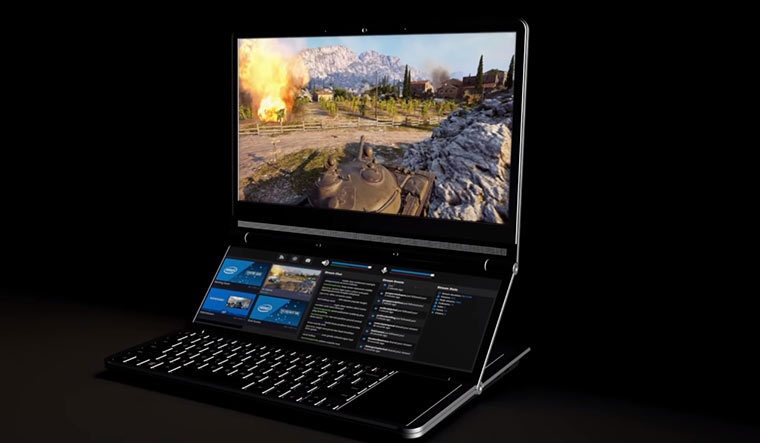 Laptop computers have not changed much in form since the Toshiba T1100, the world's first mass market laptop, which was released in 1985. Of course, there have been many attempts—a touch screen there or a 360-degree hinge here—but they largely remained a clamshell with a screen on the one half and a keypad on the other, and a battery which would last a few hours.

Laptops started becoming interesting again when manufacturers started tinkering with the conventional form a while ago. HP came up with a dual screen gaming laptop last year. The the 6-inch secondary display sits just above the keypad, and works like a regular dual screen setup. Then Asus unveiled the ZenBook Pro Duo with two 4K screens. In both cases software tweaks help make full use of the secondary screen.

The most striking dual screen laptop, however, has been Intel's Honeycomb Glacier concept. Unlike the HP and Asus models, it lifts both screens through a double hinge mechanism. They stay propped up in any angle you want and go down at the tap of a switch.

Things got even more interesting at CES 2020, where many companies offered a peek into the future of portable computers. Lenovo showed off world's first foldable PC, the ThinkPad X1 Fold, which will start selling this year itself. Its OLED screen folds up like a book. Dell unveiled the foldable Concept Ori and the dual screen Concept Duet. Intel's prototype, Horseshoe Bend, has a 17.3 inch foldable display.

So, why are manufacturers investing time and effort in a product category which is said to be losing popularity? Well, laptop sales have actually bounced back. Sales have shown an upward swing since 2017 and pundits say the momentum will continue.