Review: 'Me & My Mohini Attam' does not pretend to be what it can’t 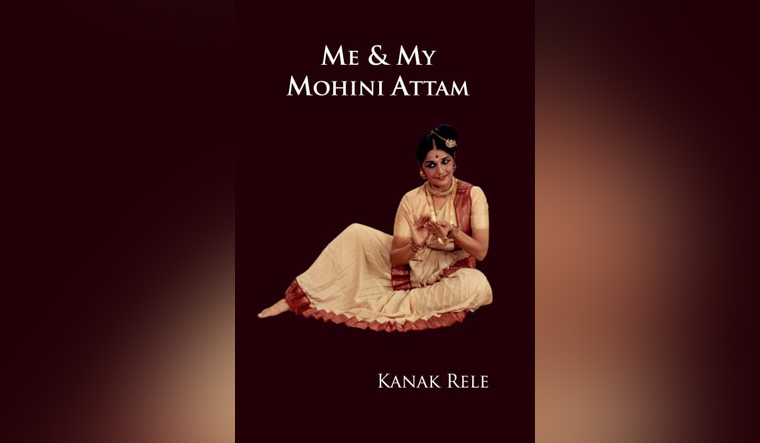 Anyone with pretensions to culture would have heard of Kanak Rele – diva, dancer extraordinaire, winner of high national honours, and a celeb with the good fortune of passing from fame to legend in her own lifetime. But, despite all that we know, there is much that we don’t. There are nooks and corners in her life where light has still not shone. Me & My Mohini Attam fills some of the blanks with authenticity and aplomb. It is a biography that has been assiduously curated by Rele’s niece Radha, and tells the extraordinary story of a child with an almost prenatal sense of ‘taal’ evolving into a master of the art.

Born Kanak Divecha, she married into a Maharashtrian family and rather than stick to the straight and narrow, she ventured where few had gone before. She first took to Kathakali (vintage Kerala), and then jumped ship to mohiniyattam (even more vintage). It is a dance that has an engaging past. In the early 1930s, it was banned for being erotic – probably irresistibly so for the watchdogs of public morality who stalked the land (nonsensical censors were as active then as they are now). It was left to Kerala’s legendary poet Vallathol to rehabilitate the so-called ‘dance of the devdasis’ and induct it into the institute that he founded on the lush banks of the Bharathappuzha. Since then, many dancers, including the redoubtable Kalyanikutty Amma and others of her ilk, have put mohiniyattam on the national stage.

But, arguably, nobody has helped the dance skip over ethnic boundaries as lightly as Rele. Here she was – a young dancer from Mumbai turning the provincial into the national. As with region, so with religion. While classical Indian dances were recognised as being aesthetic, they were still considered somehow ‘Hindu’. Rele’s Nalanda Dance Research Centre erased these dividing lines by getting the venerable Cardinal Gracias of Mumbai to grace the arangetram of one of her Christian pupils. In its own way, all this was a quiet affirmation of the unity, so often elusive, that underpins our noisy, quarrelsome diversity.

The book does not pretend to be what it can’t. Don’t look for inner monologues or layered meanings. This is a guileless narrative which aims for beauty through simplicity. It gives us the details of the danseuse’s life – her many successes and her equally numerous struggles. For sure enough, Rele had encountered her share of disappointments. In life, very few of the battles that are worth winning are easily won.

Rele had to contend with the usual cabal of critics who sniped at her style and poked holes in her doctoral thesis. When all else failed they resorted to the time-tested insinuation – Kanak had got to where she was because she is an attractive woman. She braved it all, and the fools who came to mock remained – if not to applaud – at least to maintain a grudging silence.

Apart from a historical account of the rise of the danseuse, parts of the book can also be read as a treatise for students. There are illustrations on the various movements that the dance involves and their aesthetic significance. The book also carries tributes from Rele’s gurus, her contemporaries and culture experts – although one could argue that with all those accomplishments under her belt, she hardly needs endorsement.

The narrative sometimes follows chronological order and sometimes yields to the tempting flight path of a butterfly. That’s because Rele and Radha wanted to put in every detail they could think of – her infatuation with God’s Own Country, the college romance with husband-to-be, her spats with fellow dancers and her path-breaking professional ventures. Details make Me & My Mohini Attam a mine of information for researchers as well as readers keen to learn more about a beguiling dance and its equally enchanting exponent.

Title: Me & My Mohini Attam