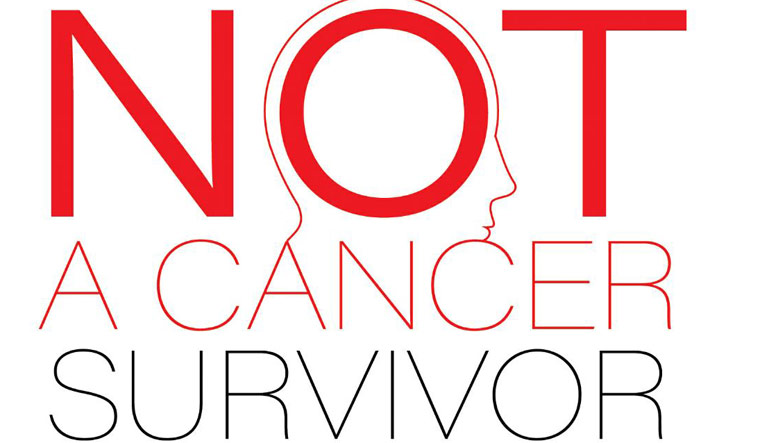 It is often said cancer is not fatal. It is the fear of cancer that kills because it comes in the way of detection and treatment. Logically, this makes perfectly good sense. The sooner you diagnose an illness, the better your chances of recovery. But as in so many things in life, logic doesn’t always work. Most people opt for the ‘ignorance-is-bliss’ therapy. We would rather not know – or at least postpone knowing. We would also rather not talk about it, and if we do, only in hushed whispers. B. Ketan Rajaram hits all this pussy-footing and timorous pretence for a six in a remarkable book paradoxically titled ‘Not a Cancer Survivor’.

Ketan says he is not a cancer survivor perhaps because ‘survivor’ suggests one who is somehow eking out a precarious existence. He would, instead, like to live life to the full and do all the things he was accustomed to while continuing his job as a communications professional. The clinical tone of the book is admirable. Even while dealing with medical conditions most people would do their best to forget, Ketan is as matter-of-fact as a general planning a military operation, confident of eventual victory.

The book interleaves medical science with spiritualism, yoga, mind-healing and a lot more. In the anecdotal style favoured by many self-help gurus, the book is rich in references to a wide arc of disciplines. There are illuminating extracts, for instance, from the teachings of Ramana Maharishi on overcoming pain. When asked whether he felt any pain while undergoing an operation without anesthesia, the sage is supposed to have replied: ‘It hurt my body, not me.’

From Ramana Maharishi we move to famed Holocaust survivor Viktor Frankl to Maharashtra’s saint-poet Sant Tukaram to an unlikely source – viz., leadership lessons from the US Navy SEALs. Obviously, a lot of research has gone into the book. Equally obvious, there is no single line of treatment that is touted. When the stakes are so high, we do not have the luxury of a single right answer.

There are no simple solutions, no miracle cures being peddled. Instead, Bondre suggests that the road ahead is hard but the journey is worth the effort. The message of the book extends beyond cancer to all those facing extreme situations. In a perceptive foreword, Member of Parliament Dr. Vinay Sahasrabhuddhe says that the book tells us ‘not just how to survive but why to survive’. That indeed is the core of the story.

The language of the narrative could have been sharper and the proliferation of the definite articles ought to have been curbed. Also, a little more attention to proof-reading would have helped. I saw Lord Curzon described as ‘Voice-roy’, and came across ‘full-proof’. But these are human blemishes in a book valiantly written by an author as he is battling extreme pain.

In its honesty, courage and its central message of hope triumphing over adversity, this is a book that holds out a beacon of light for all those who find themselves having to confront extreme situations. It reminds us once again of something we tend to forget: some of life’s biggest battles are fought and won through some of our oldest virtues – faith, optimism and steely resolve.

Title: Not a Cancer Survivor