The Maverick Effect review: A story of what India can 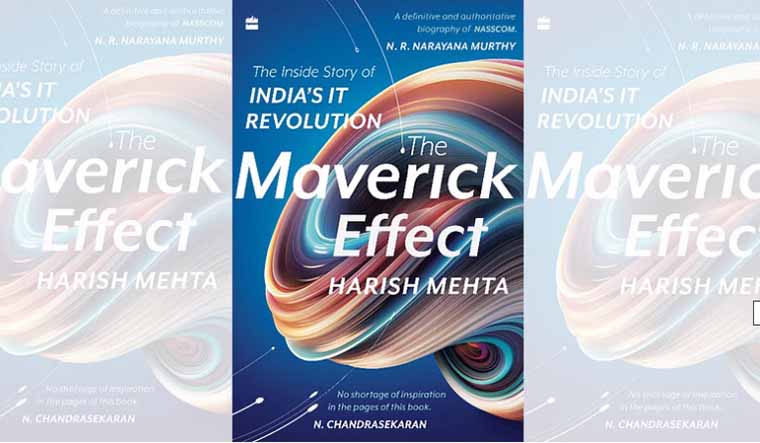 IT industry pioneer Harish Mehta fills his memoir The Maverick Effect with anecdotes from the early days of the seventies and eighties (to the present) when the software industry took its first steps — gingerly, yet purposefully. And how the great Indian red tape was there at every corner of the way, putting a spanner in the works. Even with this mammoth creature that is never a dearth for irony, one incident particularly stands out.

“A customs officer (once) told me that I needed to leave samples of what I was exporting with him. I was forced to leave the floppy disk of the software with him. The diligent officer immediately planted a stapler pin through the floppy disk and attached it to the form, thereby destroying the media and rendering it unreadable.”

Beyond being funny or ironic, the import of Mehta’s book is that it throws light on the early days and subsequent trajectory of India’s software boom, now notching at around 200 billion dollars in annual exports. It reminds us how all was not hunky dory, and the glory days have quite a back story to tell.

It’s a story that needs to be heard, and Mehta does a decent job of throwing light on those uncertain days — when getting through the licence raj and bureaucratic obstinacy were greater breakthroughs than bagging a client or succeeding in a project, when computers were either an esoteric term you came across in sci-fi or something kept in (pre-Covid era) sanitised rooms with air-conditioning on in full blast, and the word ‘code’ referred to something dashing secret agents passed around rather than dorky dudes who dabbled in data.

Mind you, Mehta, who chucked up a nice-paying job in (can’t-get-whiter-than) Connecticut to return to India to set up a business and eventually became one of the early evangelists of the ensuing software boom, does not claim anywhere, nor is it, that this is that one all-encompassing go-to for a peek-in on the evolution of Indian IT. But, by being at the right place at the right time, and by organising the early software companies into a unified organisation NASSCOM (National Association of Software & Service Companies) that became much more than a lobbying force, Mehta got not just a ringside view, but a seat right at the podium of ceremonies.

Perhaps that makes this book all the more endearing. Nowhere does it get pedantic or complexed out with too many details — the narrative remaining historical, yet personalised enough to be empathised with. Mehta sticks to his life story; just that it coincides with a historical trajectory.

“A life mirrors the time it is lived in and the people it is lived with,” Mehta writes early on, and while he starts off the story with his birth during the partition riots following India’s independence, this saga acquires its groove only once he and his family decides to leave US, and then all that follows - setting up a business, his focus on Indian IT, the setting up of NASSCOM, the initial hesitant days of the swadeshi software surge, the Bangalore boom, the Dewang Mehta days, even the Satyam fiasco (which he calls NASSCOM’s ‘finest hour’) and the tech startup ecosystem we see in full bloom all round us right now.

But at the heart of it all, this is a story of what India can. Mehta’s may not be the name at the top in a list of India’s IT icons, but by ensuring that it became an industry of peers who innovated individually, and together, to set Indian software up on there as a global force to reckon with, Harish Mehta’s is a presence that cannot be denied its due. This book tells you why.