Shivani Sibal's 'Equations' has feel of a thriller, sweep of a family saga 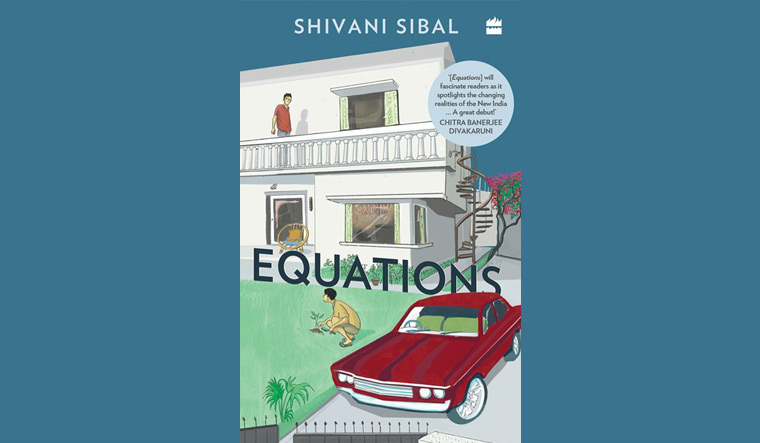 There have been very few debuts that have been endorsed unanimously by all three heavyweights writers in one go—Shobha De, Shashi Tharoor and Chita Divakaruni. Even fewer live up to the high praise, but Shivani Sibal does—and—more so admirably.

Very much a one-gulp book, Equations quickly pulls readers into the Sikand family as Parul and Aahan Sikand as they leave the grand house built in 1946 by Rai Bahadur Manohar Krishnan Sikand. The house has been acquired by a builder and Aahan has to move out to a flat before he moves back into a diminished version of his ancestral home. The story of his changed social status is contrasted with that of Rajesh, the son of Laxman Kumar, the family driver. Rajesh is born on a rainy night in a missionary hospital late in the evening to which his mother had gone in a rickshaw so that she didn’t “soil’’ the family car.

Rajesh's mother Babita, becomes the nanny, quickly bringing both the boys up—but makes sure to impart the lessons that Rajesh must always learn—subservience. It was a lesson that Rajesh learnt soon enough. It is a story told many times before—often in Bollywood—but what makes Sibal’s version remarkable is her ability to capture the difference—the snobbery, the inbuilt asymmetry—with freshness, a lightness of touch and compassion.

In a powerful scene set when Rajesh was a child, he accompanied Aahan to a birthday party and got caught up in musical chairs. The competition was intense. There were only three left. Aahan, Rajesh and another boy. When the music stopped, Rajesh lunged forward to remain in the game beating Aahan. Babita wiped Aahan’s tears. The game was over soon and Rajesh lost and walked to his mother dejected only to be greeted with a stinging slap.

"Rajesh absorbed his subservience to Aahan at a cellular level, his mother had communicated the benefits of this behaviour like a lesser animal might teach his young how to hunt or forage. He had known from an early age that his mother would put him down and pick up Aahan if he wanted; that he would always get to pick up which toy to play with second.’’

Growing up close to privilege, but always an outsider, Rajesh soon finds his feet in Delhi University getting absorbed in the world of politics. It is a shifting world where Rajesh finds himself climbing up the ladder--becoming powerful, while the earlier order of privilege and elitism is on the decline.

Equations is goes back and forth in time—the book captures the lives of the Sikands, a sort of new-age Delhi Downton Abbey—with the upstairs and downstairs kind of story. Sharply observed, it is almost as if Sibal spent years notebook in hand taking notes carefully chronicling the change. Her characters—of the rich and powerful recognisable in Delhi drawing room—Nooriya, the interior designer who lives in a tiny-barsati who left her first husband and then, the object of affection of Aahan’s father, his mother, who turns a blind eye to her husband’s affair drowning her sorrows in whiskey and Maha-Maharajji, the guru of the powerful.

A Delhi novel, Sibal captures the change in the city—and the country—across the 90s and into 2016. It is also very a metaphor for a changing India. Sibal captures the class dynamics perfectly. The changing dynamics of power—of money—of politics, of class and ambition. A novel with the feel of a thriller and sweep of a family saga, Sibal’s book is fast-paced, almost breezy, yet, it chooses to tackle a difficult subject.

One of the best books of the year, grab it.