'Blinkers Off: How Will the World Counter China' review: A refreshing take on the subject 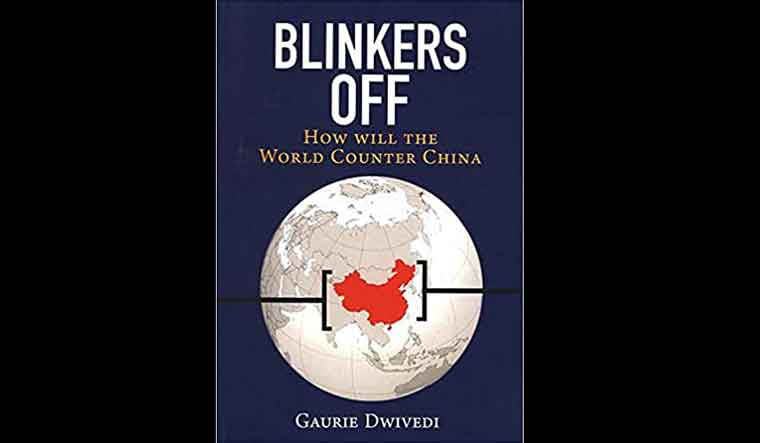 Over the last few years, there have been several books written about China—its rise, the dangers to the world its poses, ways to counter it. Gaurie Dwivedi's offering is the latest in this range. Yet, it is a refreshing take on the subject, and written in an easy manner, with no chapter being more than a few pages long.

Dwivedi argues that the global scenario is no longer a repeat of the Cold War times. For one, China is much more powerful than the erstwhile USSR, with its economic might, military capabilities and influence across continents, mainly Asia and Africa. For another, the US is not at the peak of its power, as it was during the end of the Cold War, thus the US need allies.

She writes about how China reached its present state, building up its capacities quietly, following the Deng Xioping's doctrine of hide your capacities and bide your time. Its decade of assertiveness was 2010-2020, by when it began avenging its century of humiliation, and taking over territory in the South China sea in complete contravention to existing laws. China today has territorial issues with many of its neighbours. It chose, however, to cultivate Pakistan as part of its Contain India policy, tapping the economic vulnerability of Pakistan to do so. Dwivedi notes that last year when the world was in the grip of the Covid-19 pandemic, China smartly made its moves, taking on India territoriality and Japan on the seas.

Noting the dangers of the rise of China, which has cornered most of the global market, Dwidevi suggests that the world needs to change its approach in several ways. While the United Nations itself needs to reflect modern day realities, countries also need to realign themselves, shedding aside age old rivalries like the ones existing between Japan and Korea.

There is a clarity of thorough and good arguments which makes this book readable.

Title: Blinkers Off: How Will the World Counter China