Weddings galore but no destination 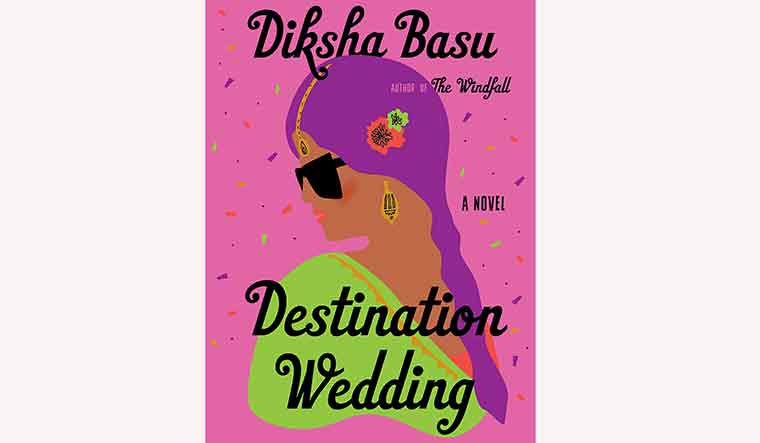 ‘It is a truth universally acknowledged’, as Jane Austen told us ages ago, ‘that a single man in possession of a good fortune must be in want of a wife’. There are many single men in Diksha Basu’s Destination Wedding, all of who are in need of a wife (possibly more than one). Correspondingly, there are many single women of equal means who are in need of a husband – again, often more than one. The result is that the book could pass off as a monument of smileys to the institution of marriage.

Actually, there is only one wedding that has, so to speak, its ‘i’s dotted and its ‘t’s crossed – that of Shefali (a cousin of Tina, the central character) and Pawan. But strewn across the pages are any number of near misses and near Mrs, re-marriages, and imagined marriages. The glut has also spawned ancillary industries – matchmaking for widowers and divorcees, and aggressive event managers whose field of specialisation is – no surprises – weddings.

Tina’s parents are happily divorced. Their happiness gets doubled when each of them seek and find a boyfriend and girlfriend respectively. As for Tina herself, she hovers tantalisingly between a handsome Australian and a handsomer Sid who lives in Dharavi. Tina’s close American friend Marianne is making up her mind whether to continue with her old faithful or get besotted with the groom’s dashing brother who is rumoured to have slept with all the women in the world’s capitals.

When the whole motley crowd gets together for a wedding in Delhi, you would think it would set off World War III. But Basu knows better, and the group gets along so well that Destination Wedding ought to be handed a Peace Prize – although it was shortlisted, but did not win, the Bollinger Wodehouse Prize for comic fiction.

Whatever their marital status of the characters as of this morning, one thing is common – they are all (with minor exceptions) mouthwateringly opulent. Basu’s world is populated not just with the ‘haves’ but the ‘have plentys’. Their interplay which includes cavorting casually with one lover while being nostalgic about another may sound unreal, but she is able to pull it off. Even if the fake does not look real, it certainly becomes funny.

Basu’s fluid style flits, like Tennyson’s brook, from one set piece to another, from sparkling conversations in New York to ditto conversations in New Delhi’s clubs, from covert courtships to one-night stands. The trouble with Basu’s brook, however, is that it seems in no hurry to get to the river. It is not as if the plot does not budge, it does move, but in many directions simultaneously. It’s only in the last lap that everyone realizes that the party is coming to an end and a closure would be in order. Proposing then almost becomes a pandemic.

One could hope wistfully, like so many of the suitors in the book do, for greater depth of character, for more meaningful social insight and for the author to have achieved a smoother resolution of her story. However, all is forgiven because, for the most part, there is a laugh in every page. It is also worth a read because when all is said and done, all the world’s a baraat.