Thirukkural and the ‘India Way’ of diplomacy 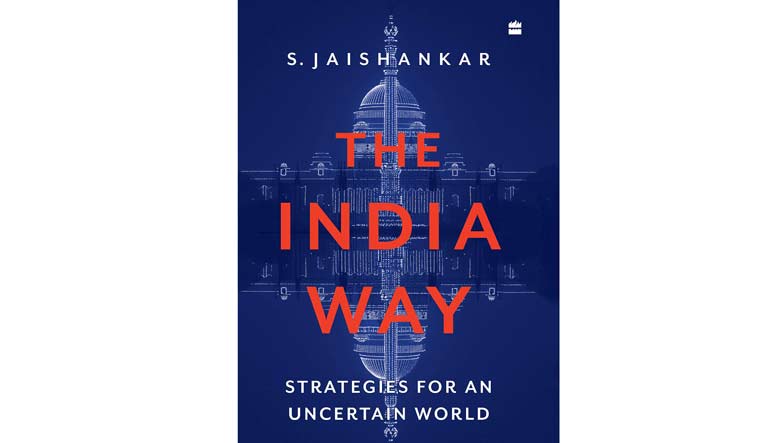 India, as a civilisational power coming back on the international stage, must draw inspiration from its own ethos and epics and express itself in a distinct ‘India Way’, says External Affairs Minister S. Jaishankar in his book The India Way: Strategies for an Uncertain World. He has made this clear in the preface itself with a couplet from Thiruvalluvar, the ancient Tamil poet: ﻿‘Wisdom is to live in tune with the mode of the changing world’

From Thirukkural, Jaishankar goes on to Mahabharatha which holds lessons to deal with the complexities of the uncertain world. The dilemmas of statecraft permeate the story, among them taking risks, placing trust, and making sacrifices. It gives the most vivid distillation of Indian thoughts on statecraft with a graphic account of real-life situations and their inherent choices. The courage required to implement policy is, perhaps, its most famous section – the Bhagavad Gita in which﻿﻿ Krishna provides strategic guidance, diplomatic energy and tactical wisdom in navigating challenges. Focusing on the importance of the sense of duty and the sanctity of obligations, it is also a description of human frailties.

﻿Jaishankar emphasises that brand differentiation is especially important for a rising and aspirational power. He calls for introduction of our own diplomatic terms into the discourse as it is intrinsic to the process of India’s ﻿international emergence. ﻿

He sums up the foreign policy strategy in one sentence, “India should engage the US, manage China, cultivate Europe, reassure Russia, bring back Japan into play, draw neighbours in, extend the neighbourhood and expand traditional constituencies of support”.

The India Way includes among other things:

- ﻿keep up the many balls up in the air and reconcile commitments to multiple partners with skill. There will be convergence with many but congruence with none. ﻿In this world of all against all, India’s goal should be to move closer towards the strategic sweet spot. ﻿India must reach out in as many directions as possible and maximize its gains in the new world matrix of many sides, many players and many games.

- respond with engagement than by distancing; deal with contesting parties at the same time with optimal results; engage a broader set of partners more creatively; forge convergences and manage divergences taking advantage of the opening of a world of multiple choices at different levels; assess the disruptions underway and the trends that accelerate, mitigate or counter new directions.

-make many friends, few foes, great goodwill and more influence with a stronger competitive spirit and a sharper ﻿strategic sense.

- Constant advancement of goals and interests, using all pathways that the world has to offer. And since that often means plunging into the unknown, it requires both judgement and courage. ﻿

- take on global responsibilities and act as a constructive player

- move over from the Delhi Dogmas of passivity and pessimism stuck in the past history and dilemmas of defensive and argumentative mindset.

With his experience as Ambassador to China, he says that India should learn from the rise of China which should sharpen India’s competitive instincts. China has risen as a formidable global power drawing on its own cultural attributes. China Way has elevated dissimulation to the highest level of statecraft. This is exemplified by popular aphorisms such as, ﻿‘Deceiving the heavens to cross the ocean’ or ‘making a sound in the East to then strike West’ or ‘decking trees with false blossoms’. Unlike in India, there is neither guilt nor doubt in dissembling in the Chinese mind. In fact, it is glorified as an art. Its virtues are repeatedly lauded in the Three Kingdoms epic, where many of the decisive encounters are won by trickery rather than by force. Using the above strategy China has been winning without fighting, while the US is stuck in fighting without winning in recent years.

Some of his prescriptions for specific foreign policy issues:

China: In dealing with China’s might, India should use “ Nimzo-Indian Defence”, moving from the past strategic posture similar to the “ Indian Defence” in chess. ﻿The border and the future of ties cannot be separated. India should not give free pass to China to make use of the open Indian market while keeping its own market protected. One of the ways to deal with China is try to create multipolar Asia with a stable balance.

US: The playbook of dealing with US needs rewriting in view of the new priorities and problems of US and its growing tensions with China. India has to maintain a narrative of its value in the US and customise it for the President of the day.

Pakistan: There is no one-time fix. A mix of fortitude, creativity and perseverance with prompt Uri and Balakot responses to counter mischiefs. It is important to note the minimal space Jaishankar has devoted for Pakistan which has become a disproportionate morbid obsession for the Indian media and TV talking heads. India needs to focus on the larger picture without being distracted too much by the Pakistani nuisance.

Policy towards neighbours: simple answer in two words—generosity and firmness.

Non-alignment: it suited India in the days when the country was weaker and was caught in the cold war between the two potent super powers. There was comfort in group mentality and non-involvement. But multi-alignment is the new India Way. It is more energetic and participative.

Policy towards the West: India has both the ability to work confidently with the West when required and differ with it when its interests so demand. ﻿As India goes up in the international order, it will advance its own narratives, and, on occasion, question Western ones.

Jaishankar has avoided a favourite and passionate foreign policy subject of many Indians: permanent membership of United Nations Security Council. Some in India get carried away with the outrage at the injustice of keeping India outside this organ of power. Even the Ministry of External Affairs has wasted energy on this issue by sending special envoys to the capitals of Belize and Haiti seeking their support. Big powers such as France and UK take India for a ride promising support and getting return favours, sure that that the day of reckoning is very very far. India should keep strengthening itself and wait for the day of disruption of the world order when it should be ready to kick open the doors of UNSC.

In the past, India’s foreign policy has made some mistakes or missed opportunities due to passivity, delays and dilemmas in decision making. Jaishankar draws attention to Satyajit Ray’s movie “Shatranj ke kilari” (chess player) in which two Indian nawabs are engrossed in a chess game while the British are taking over their Awadh kingdom.

The new India has to be alert to the changes in global politics and be prepared to make its own moves promptly as a proactive player.

Jaishankar ends the book with a chapter on the Chinese-origin corona virus which has made the world even more uncertain than the disruption caused by China’s rise in the world. ﻿In its systemic impact, the corona virus may be the most consequential global happening after 1945. It adds to global turbulence by encouraging policy departures across geographies. ﻿This opens up opportunities for India whose value to the world will probably increase even further after the virus. He concludes the book with an optimistic and diplomatic message, “Let us take it as a sign of the (coronavirus) times that the world has discovered the virtue of Namaste, the India Way of greeting with folded hands”

﻿The 'India Way' is a timely message to the new India which is becoming stronger and is seeking its due place in the world. The book is not a mere academic analysis or erudite exercise. It is the call of a serving External Affairs Minister with experience of four decades of distinguished career as a diplomat. He has a unique opportunity to practice what he has preached in his book. He is lucky as a policy maker to have the confidence of a politician as prime minister who shares his vision for India’s future in the world.

Jaishankar argues that as India rises in the world order, it should not only visualize its interests with greater clarity but also communicate them effectively. That’s what he has done in the book eloquently and authoritatively. The book will be read carefully by the foreign ministries and think tanks around the world. He has not shied away from commenting on sensitive topics such as the Trump phenomenon, American parsimony or the Chinese strategic deception.

Jaishankar is the first Tamil to become External Affairs Minister of India. He had made use of his mother tongue in interactions with the Tamil Tigers when he was posted in Sri Lanka during the crucial period of IPKF operations. His father K Subramanyam, from Tiruchirappalli, served as IAS officer in the Tamil Nadu cadre. After shifting to the Central government in Delhi, he became the leading defence and security expert and was known as the doyen of India's strategic affairs community. Jaishankar’s son Dhruva is also a brilliant expert on international affairs.

Jaishankar’s bold, dispassionate, candid and clear articulation fits the description of diplomacy by Thiruvalluvar in his poem: “Diplomacy is articulation according to the need of the time with profound knowledge and without fear.”