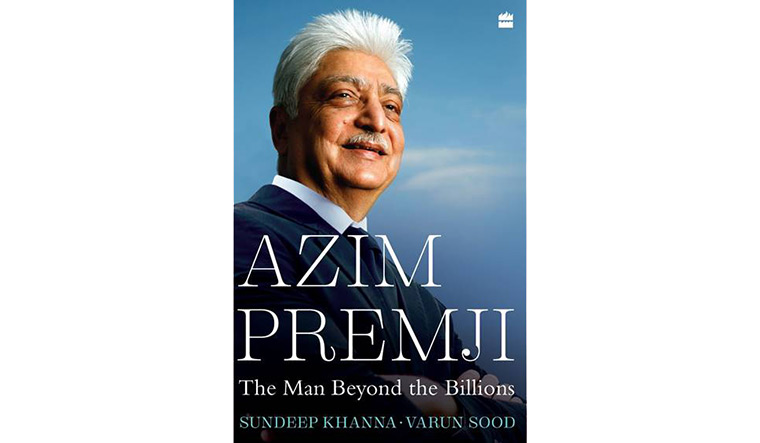 Quick. If I mention "Azim Premji" what immediately comes to your mind? Billionaire entrepreneur? Trailblazer and part of the Indian IT services boom in the nineties and beyond? Gives away a lot of money to noble causes?

That is the very curious question that journalists-turned-authors Sundeep Khanna and Varun Sood hope their just-launched book, Azim Premji: The Man Beyond the Billions, will answer. After all, despite the fact his name is one of the best known in Indian business for decades now and with the country’s second highest civilian honour, the Padma Vibhushan, adorning his mantelpiece, Azim Premji has remained diffidently reclusive as much as he is known to be irritably thrifty.

The latter trait is pretty well-known. Keeping the purse strings tight, be it his company’s or his own is something the billionaire has practiced over the years, even if that has meant senior executives got miffed at not getting fat bonuses or his insisting on driving cars like his ‘lucky mascot’ Premier 118NE (and later an Innova) much to the chagrin of even his accounts guys. This writer himself encountered Premji across the aisle in cattle class on a flight from Bengaluru to Delhi a few years ago (he finally gave up his insistence on travelling economy just a few years ago, the book informs us).

While he refused the inflight meal as I noticed, a love of food is one of the few indulgences the man has. But, according to the authors, it is not Michelin-starred restaurants or exotic culinary delights from top luxury hotels that delight him—his penchant is for street food, be it a potion of chaat in Indian cities or a falafel at a New York curb.  And chocolates.

These tidbits about the man who is a public figure but about whom the public knows very little, raises this biography into a smooth and interesting read. This is an authorised biography, and while Premji did not grant an interview to the writers, several former and present Wipro officials shared anecdotes and information with the writers, helping scope out a family legacy right from his father being selected by Mohammed Ali Jinnah in the mid-1940s to head the planning committee of the Muslim League, to Azim’s rude initiation into business (he had to drop out of Stanford when his father died suddenly in 1961), the diversification of Western India Palm Refined Oil Limited, or Wipro as we know it now, into IT business, and significantly, Premji’s ‘Wipro values’, the ethical path he had laid out for himself and his employees, as well as his philanthropic initiatives.

The good thing with this book is that it does give oodles of tidbits about the personality behind the public persona, even if one comes away getting a feeling that it is not satisfying enough. While enough ground is covered regarding his love for street food, his love of dogs, his back problems etc, his personal life is skipped right over. His brother moving to Pakistan, his wedding and family life (though the book informs us that the wedding was a simple affair of less than 100 people, with no photographer!) and the problems with his son (the authors mysteriously write "his youngest son Tariq struggles a bit to find his way in life" but then offer up no explanation to it) are all chapters an authoritative biography could have dealt with for that deeper human element.

But, the book is indeed on more solid ground while dealing with the progress of Wipro, including all its successes, as much as its failures. The company’s chequered growth through the first two decades of this century, including the by-now in-famous sacking of joint-CEOs a few years ago, are dealt with at length. Even more ink has been spent detailing his philanthropic endeavours. And rightly so, for the two ideals that the man flaunts on his sleeves, running a business in an obsessively ethical manner, as well as the lofty idea of giving away your immense corporate wealth to help others (beyond CSR tax saving), are both lessons more Indians business leaders could do well to pick up.

Azim Premji: The Man Beyond the Billions