Pande draws frequent comparisons with China in every aspect of India 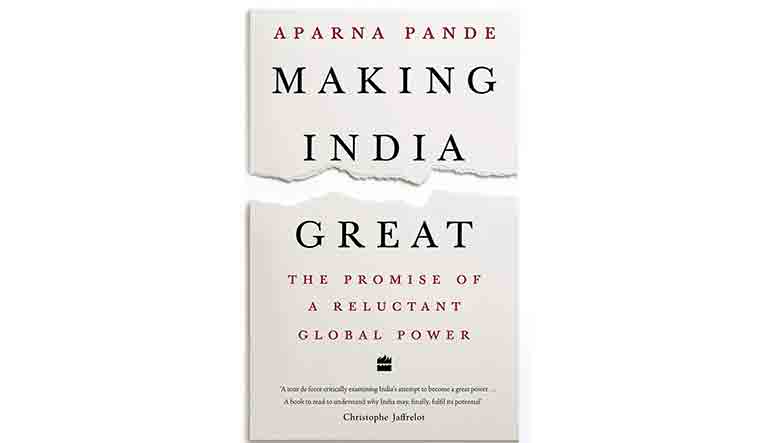 In July 2019, Finance Minister Nirmala Sitharaman created a flutter while arriving in parliament to present the budget. Instead of the trademark briefcase, she carried a bahikhata, the traditional Indian ledger. Her move was lauded as yet another effort to shun the baggage of India's colonial past and to adopt the Indian way of doing, appearing to do, things.

Aparna Pande, in her latest book, Making India Great: The Promise of a Reluctant Global Power, uses this episode as an illustration of the “confusion about India's desire to be a great global power and the means to get there.'' She argues that instead of focusing on building economic and military strength, the country's leaders believe that symbols and slogans demonstrate India's great power, or soon to be superpower status.

Pande is forthright in her writing, as she examines India's potential and the gap between the actuality and this potential. She delves into India's record with social development, its foreign policy and military outlook, as well as its economy, and highlights the big gaps everywhere, even as she points out the political bombast in every sector.

She compares India's progress with its immediate neighbours, as well as similarly developing nations across the world, and shows, through statistics, just where and how India lags behind. For instance, she points out that while the literacy rate may be 74 per cent, India ranks second, after Malawi, in a list of 12 nations wherein a grade two student could not read a single word of a short text. She shows another survey which reveals that 95 per cent of Indian engineers are not fit to take up software development jobs in India. She stresses on the need for the country to invest in human development.

She is critical of the political move of free electricity and other subsidies which burden the government treasury and limit India's capacity for large scale production. Pande draws frequent comparisons with China in every aspect of India. She writes that while China used the last four decades of peace with India to create its economic miracle and modernise its military, India's economy did not grow consistently and its military modernisation is decades behind what its should be. In fact, she points out that while India sees China as a match with regard to civilisational heritage and potential, China does not see India as an equal.

Pande concludes that India's foreign policy challenge is in reconciling its realism with tis idealism. She stresses that there are two immediate priorities -- balancing China's influence in the region, and find ways to work with the United States.

Her opinions may be too critical, but she bolsters every argument with well researched data. She also gives a historical perspective to every issue she has taken up in the book. As such, this is a good book for someone who needs to understand what India is, right now. A book that a foreign diplomat, investor or policy maker will find handy. At the same time, it is a book that provides some good insights for Indians, themselves, whether they agree with her or not.