Consumerist Encounters: Understanding the psyche of the consumer 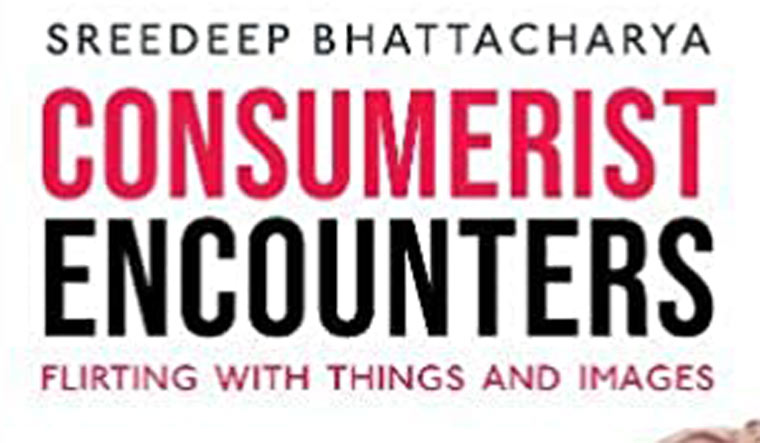 It is not clear if author and academic Sreedeep Bhattacharya approves of Rhea Chakraborty, despite their common ‘Bong’ness. But they do have a certain T-shirt connection, as it turns out.

The actress, who was the epicentre of a media storm the past few weeks over the investigation into the death of her former boyfriend Sushant Singh Rajput, had famously worn a T-shirt deriding patriarchy on her last day of interrogation with the CBI and NCB. In his new book just out, titled ‘Consumerist Encounters’, Bhattacharya spends an entire chapter crunching down the socio-economic connotations of the humble T-shirt. After going through various examples ranging from text to colour to shade to genre (no, feminist tropes did not find a mention), he gives his opinion, “T-shirt captures the ephemeral tendencies of consumers to whimsically pick up ready-to-wear things and discard them soon, too. The T-shirt…is not eternal but ephemeral - till it lasts the wash.”

This new book dwells deep on the various facets of post-liberalisation culture of consumerism in India. But before you groan, hear us out. This is not another celebration of MTV and Levi’s jeans, or all the shopping malls that everyone’s scared to go in these pandemic days anyway. Bhattacharya’s approach is much more in-depth, as he looks at various aspects of our culture that have been transformed, and defined by the economic changes brought about by (and since) the 1991 Union budget.

For example, beside the just mentioned reference to T-shirts and how they went up in popularity despite (or because of) their apparent ‘ordinariness’, he narrates the ordinary individual’s relationship with commodity (product, item, object, whichever way you want to look at it), the importance of images in popular culture, how the need for ‘identity’ as defined the evolution of Indian society even from colonial times and how consumer culture has fundamentally changed in the last three decades. Somewhere right at the start of his discourse (it is difficult to call this a book, as many chapters have been individually presented as lectures at various forums), he comments, “Ephemerality ensures the rapidity of choosing, usage, and disposal of things and their images. That pace of moving on is unprecedented as the basket of choice has increased and the lifespan of things has shrunk.”

The biggest strength, and weakness, of this book is the fact Bhattacharya, a sociologist and associate professor at Shiv Nadar University, uses a lingo normally found more in doctoral dissertations than in paperbacks. Every analysis is jazzed up with complex ‘academese’, with dutiful references and footnotes offered on every page for the more-curious. And that’s a pity, since a more reader-friendly text could have taken his incisive observations on anything from the nature of advertisements, how they have changed us a consumerist society and the milestones we’ve crossed in popular culture and its representation, to a much bigger, and appreciative, audience.