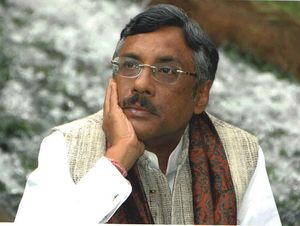 The Ramcharitmanas, a shorter version of Ramayan, was written by Tulsidas in the Awadhi language during the reign of Akbar. Tulsidas wrote it in the language of the people, instead of the classical language Sanskrit, thus democratising the epic. He was not the only one during the Bhakti period to do so. Many writers penned prose and verse in the languages of the people, like Braj Bhasha, which Surdas popularised. Tulsidas, however, wrote this ode to Ram at a time when Krishna was the more popular Vishnu avatar. In his book, The Greatest Ode to Lord Ram… Pavan K. Varma writes: “Tulsidas single-handedly made Ram—the subject of his devotional ardour—the greatest object of personal veneration in the popular mindset.”

In his book, Varma explores the greatness of the Ramcharitmanas. There is not much original writing by the author, however. His skill is seen in identifying the best verses, the elegance of the poetry and the skill with which Tulsidas used various characters to communicate philosophies, many of them his own. For instance, Tulsidas uses the voice of Angad to express a personal opinion on the kinds of people who are no better than corpses, which included the destitute, the ill, the secretive tantrics, the lustful, the enemies of Vishnu and those who are opposed to the Vedas. Varma employs the easy style of selecting the verse, in both Devanagari and Roman scripts, with a translation in English (and in Hindi in the appendix), along with his own explanations and elaborations. The translations have been taken from Gita Press, which, Varma writes, “stand out for their fidelity and linguistic quality compared with other such publications”.

The verses Varma has chosen are illustrative, but given the richness of Tulsidas' work, almost any verse will lend itself to as much literary appreciation. Much of the verse selection is along the chronological path of the narrative itself, though Varma, in certain chapters, focuses only on dialogues between two characters, such as between Mandodari and her husband Ravana, in which she describes Ram's magnificence to his foe. There are entire chapters dedicated to the description of the seasons, thus highlighting both Tulsidas's love for nature as well as his mastery in description. At various points, Varma flags Tulsidas's personal opinions, such as his obvious veneration of the Brahmanical class. But he doesn't pass much comment himself, stressing instead that a lot depends on how a reader chooses to interpret the lines. 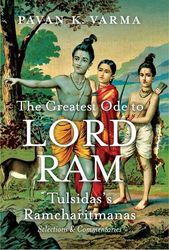 The book is an effort to bring out the beauty of a text, which was once written in the language of the people, but a vast swathe of urban north India itself cannot comprehend Awadhi, let alone the rest of the country.