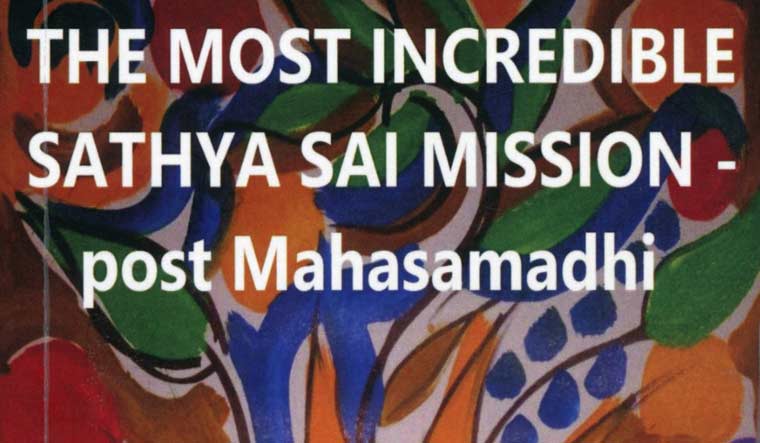 Before Sathya Sai Baba attained samadhi in 2011, millions of devotees from across the world thronged his ashram at Puttaparthi in Andhra Pradesh to sing praises of the tiny man with a beaming smile. The mystic inspired his followers with supernatural powers, and was revered as the reincarnation of Sai Baba of Shirdi.

Known for his philanthropic work, Sathya Sai Baba built scores of free hospitals and schools for the poor, including a super specialty hospital in Puttaparthi. In The Most Incredible Sathya Sai Mission: Post Mahasamadhi, rheumatologist Dr Hiramalini Seshadri mentions how, since 2011, Sathya Sai Baba has been leading a service through his faithful student Madhusudhan Sai, who communicates Sai Baba’s discourses to the world. She has detailed the work undertaken by Sathya Sai Baba, through 'Brother Madhusudhan' post 2011. This includes setting up more than 30 campuses offering free education, conducting more than 10,000 paediatric cardiac surgeries free of cost, offering free daily breakfast for lakhs of schoolgoing children and holding free medical camps abroad.

In the initial chapters, Seshadri narrates the influence that Sathya Sai Baba has had on her and her family. She recounts the days in 1999 when her father K.C. Sankaranarayanan, a former Kerala cadre IAS officer, was hospitalised with pneumonia and was on the ventilator. Sathya Sai Baba, who knew her father well, sent a written message to the family that said Sankaranarayanan would be discharged in a few days. And that actually happened!

Sathya Sai Baba’s principal message is love, and Seshadri painstakingly informs readers about all the humanitarian work that his followers have carried out after his samadhi, across the world. Like how in 2018 doctors from Shri Sathya Sai Sanjeevani in Naya Raipur, Chhattisgarh, went to the University of Nigeria Teaching Hospital to perform surgeries free of cost on Nigerian children with congenital heart disease. Like how a second paediatric cardiac heart hospital was set up in Delhi in 2015, and “the unthinkable”—a multi-speciality tertiary care hospital sans billing section is all set to come up in Mississippi in the US.

In one instance there is a mention about how former Karnataka minister and Congress leader T.B. Jayachandra had an encounter with Sathya Sai Baba when Jayachandra fell ill. And that Sathya Sai Baba helped him in recovering fast, so that the minister could push through the papers relating to the Sri Sathya Sai University for Human Excellence in Gulbarga. The institute came into being in June 2018.

The divine missions of Sathya Sai Baba are continuing, and Seshadhri explains all of that lucidly, while picking relevant anecdotes relating to Baba and his followers. The youth in the Middle East, she says, have won Sathya Sai Baba’s heart by regularly plunging into seva at every opportunity. And, in Kuala Lumpur, volunteers conduct free tuition classes every evening on weekdays and also feed more than 150 poor children.

Madhusudhan Sai, the book mentions, will groom Prema Sai, who as per discourses given by Sathya Sai Baba, would be the third and the final incarnation of Sai Baba. Prema Sai, the book says, is already born and Sai Consciousness will manifest when he is around 14 and fully blossom by the time he is 19 or so. He will study in the institution set up by Sathya Sai Baba who will groom him as guru through Madhusudhan Sai.