Turkey and the slippery slope of democracy: lessons for us all 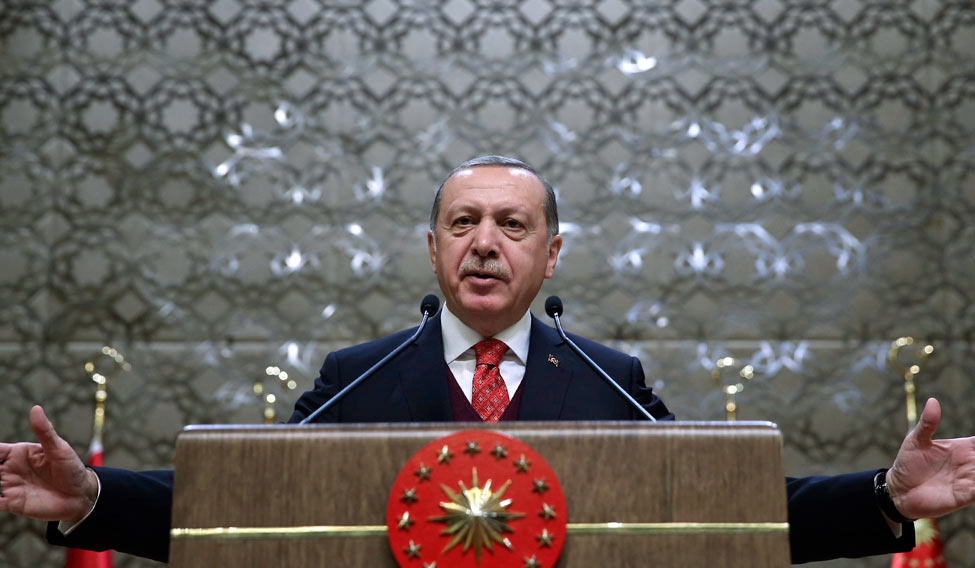 If the four pillars of a democratic nation are equity, representation, freedom and justice, Turkey is dangerously close to losing its claim to democracy.

At least four journalists and reportedly more than 100 social media users were jailed this past week in Turkey as a result of posting comments critical of Turkish operations in Northern Syria on social media. On Friday, the Organisation for Security and Cooperation in Europe (OSCE) called for their immediate release. “I recall that journalists should not be instructed on the content of their work and that press freedom must be respected at all times. It is a journalist’s job to present different views and inform the public, even if the content contains criticism,” OSCE’s representative on Freedom of the Media, Harlem Désir stated.

According to a December report published by the committee to protect journalists, Turkey currently has the most journalists in jail on record of any country globally. Other countries topping that list include Egypt and China, with the report giving a notable shout-out to the United States for “reinforcing the framework of accusations and legal charges that allow such leaders to preside over the jailing of journalists” due to labeling any media critical of the administration as “fake news.”

Turkey’s government led by President Recep Tayyip Erdoğan has increasingly clamped down on any notion of dissent, targeting journalists, academics, media establishments and businesses by the thousands. Erdogan’s party lost the majority in the Parliament in 2015 for the first time since coming to power in 2002 to Prime Minister Selahattin Demirtas of the People’s Democratic Party (HDP), who ran a campaign to address human rights and equality to all suppressed and disadvantaged people, not only the Kurdish. Erdogan launched a violent campaign against this party and jailed most of the leaders on the platform of national security, before calling for a reelection and emerging successful.

Following these events in January 2016, a petition was signed by 1,128 academics from 89 universities across the country condemning the Erdogan’s military operations and manipulation of power. Calling themselves Academics of Peace, they titled the document, “We will not be a party to this crime” and urged the government to prepare a "road map that would lead to a lasting peace."

Immediately after the publication of this petition, Turkish President Recep Tayyip Erdoğan began a harsh campaign against the signatory academic professors and students, referring to them as “vile” in at least five speeches in early 2016 and demanding action against them. Within a few months, all 1,128 signatories were under investigation for “terrorist propaganda,” more than 40 were removed from their academic posts, several affiliated university departments were stripped of accreditation and more than 33 professors and students were detained in house raids.

Subsequent events in Turkey have lessened any chance of a continued democracy in this country once recognised as a democratic model in the Islamic world. The government seized control of one of the leading opposition newspapers in March 2016, prompting the paper’s editor to declare the “practical end of media freedom in Turkey.” A failed coup attempt resulted in a crackdown on dissenters, with Erdogan publically calling to punish the plotters of the coup with the death penalty and for “ripping the heads” off those considered traitors. Erdogan was justified to call a state of emergency and a referendum election, which passed in April 2017, granting Erdogan unprecedented powers including the ability to retain power until 2029 if he is declared the victor in the next election.

Relationships with allies previously close to Turkey are deteriorating, with the US at the forefront. Having provided arms and troops to People’s Protection Unit (YGP), the US has been caught in the crossfires of Turkey’s campaign against the Kurdistan Worker’s Party (PKK), who they believe YGP is an extension of. Earlier this week, Turkey’s foreign minister submitted a warning to anyone supporting the Kurdish militia could become "a target," potentially inflaming the already tenuous US-Turkey relationship and potentially destabilising the region further.

European Union (EU) relationships are also crumbling. Germany has demanded the release of some German journalists and human rights activists who have been jailed in Turkey without charge. According to German magazine Der Spiegel, Berlin now appears to be engaged in a “bartering” agreement, swapping arms for journalist Deniz Yücel who has been languishing in jail for 11 months without any charges. Turkey’s offensive in Syrian Kurdish enclaves has seen official protests by Paris as well, and the rest of Europe isn’t far behind.

Erdogan’s vacillation between regional and global proxy powers and abdominal human rights abuses, pushes it down the slippery slope of democracy. Failing relationships with Western powers also mark the beginning of the end of Turkey’s attempt to enter the EU, with French president calling the prospect “hypocrisy”. As Turkey continues its crackdown on dissenters, its NATO membership is also at stake.

While Turkey hasn’t yet sunk to the level of Syria’s Assad, by murdering thousands of his own countrymen, Erdogan is walking a tightrope between democracy and authoritarianism. When the haze clears in a couple of years, we will find out if democracy wins and restores Turkey’s now-tarnished reputation as a geostrategic, secular power. Until then, we wait with fingers crossed, and look inwards at signs of our own countries reaching similar fates.

Your form could not be submitted.
This browser settings will not support to add bookmarks programmatically. Please press Ctrl+D or change settings to bookmark this page.
Topics : #Turkey | #Tayyip Erdogan | #politics