10 killed in shooting at Walmart in US, gunman dead: Reports 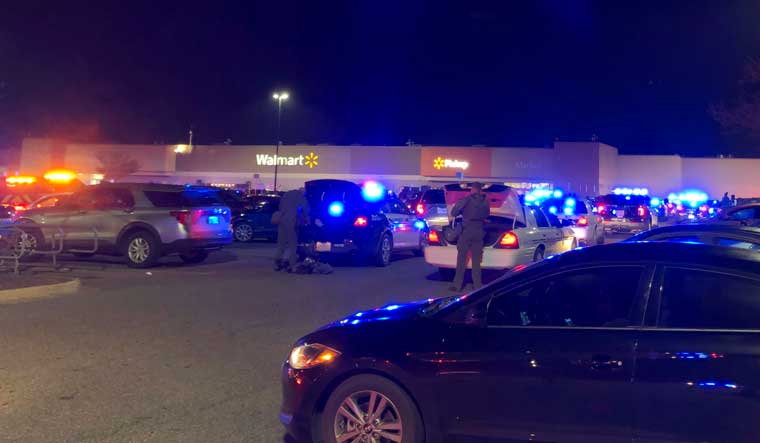 Police seen responding to the scene of a fatal shooting at a Walmart in Virginia, US | AP

Ten people were killed in a shooting at a Walmart in Chesapeake, Virginia, on Tuesday night, official sources said. The shooter, whose identity has not been revealed, too has died.

According to the local media report, the incident happened at the Walmart on Sam's Circle in Virginia.

Leo Kosinski, a spokesman with the Police Department, told New York Times that officers responded to a report of a shooting inside the Walmart at about 10 p.m. On arrival, they found "multiple fatalities and multiple injured."

It is unclear whether or not the shooter was an employee of the Walmart store. The shooter might have committed suicide since the police said it was unlikely that they fired any shots, the report added.

Meanwhile, photos and videos from the Walmart shooting began doing rounds on the social media. They showed officers huddling around the entrance of the building.