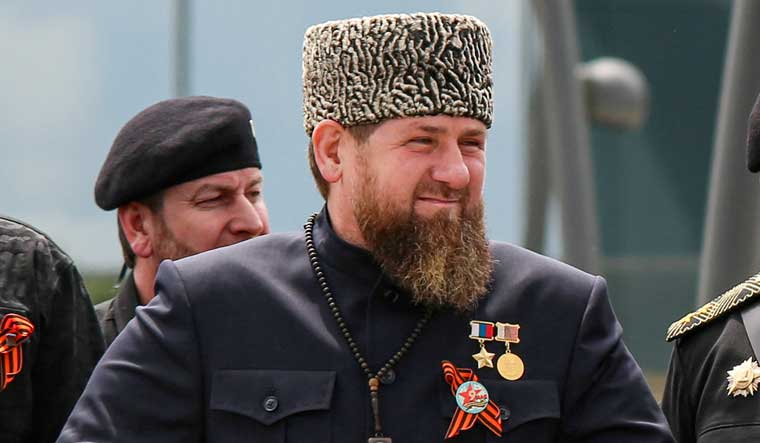 Chechen strongman and Russian President Vladimir Putin's close ally Ramzan Kadyrov has said he will send his three teenage sons to the front line to fight against Ukraine. Kadyrov said in a social media post that it is time for the boys to "prove themselves in a real fight."

Kadyrov's three sons are Akhmat, 16, Eli, 15, and Adam, 14. He insisted they have been trained for combat "almost from their youngest years."

"They will soon go to the frontline and will be on the most difficult sections of the contact line," he said, adding that his statement was addressed to "vain talkers who claimed my loved ones weren't taking part in the special military operation."

He also posted a video of the boys, clad in camouflage and dark glasses, firing weapons. The teens were also seen on tanks, with guns strapped to their waists. The video also has them shooting rocket launchers and machine guns.

The Chechen leader, an outspoken supporter of war, had earlier demanded that Kremlin strip the commander of Russian forces in eastern Ukraine of his medals and send him to the front line to fight. Expressing his anger over retreat of Russian troops in Lyman, Kadyriv had called Colonel-General Aleksandr Lapin a

However, Kremlin had dismissed his call, calling it an "emotional moment."

"This is a very emotional moment. The heads of regions have the right to express their point of view. Even at difficult moments, emotions should still be excluded from any assessments," Russian government spokesman Dmitry Peskov said. "In our country, the use of nuclear weapons happens only on the basis of what is stated in the relevant doctrine," he added.

Peskov, however, hailed Kadyrov's "heroic contributions" to the military operation in Ukraine.

Kadyrov had also claimed that Chechnya deployed 20,000 troops to the front line since the start of the Ukraine invasion in February, thereby "over-fulfilled its conscription plan by 254%… even before the announcement of the partial mobilization."