US national security adviser Jake Sullivan said the US will respond decisively. 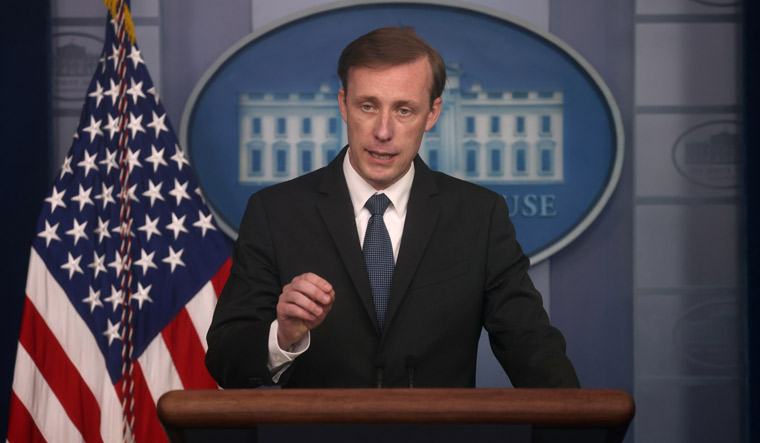 The US has warned Russia of "catastrophic consequences" if it uses nuclear weapons against Ukraine. This comes as Russian President Vladimir Putin made a veiled nuclear threat last week during a televised speech announcing partial mobilisation in the country.

Though he did not describe what the US response would be, Sullivan said Washington has privately "spelled out in greater detail exactly what that would mean" to Moscow. He added that the US was in frequent, direct contact with Russia to discuss the situation in Ukraine.

"Putin remains intent ... on wiping out the Ukraine people that he does not believe have a right to exist. So he's going to keep coming, and we have to keep coming with weapons, ammunition, intelligence and all the support we can provide," Sullivan said.

Earlier the week, US President Joe Biden too had strongly rebuked Putin's nuclear threat saying "a nuclear war cannot be won and must never be fought."

"Russia’s shun of the nonproliferation ideals embraced by every other nation at the Tenth NPT Review Conference, and again today as I said, they’re making irresponsible threats to use nuclear weapons," Biden had said during his speech at the UN.

Sullivan also criticized Russia's ongoing referendum at four eastern Ukrainian regions to annex the territory that Russian forces occupied during their invasion of Ukraine. In line with US statement that the referendum was a sham and of no legal consequence, Sullivan said the votes were "definitely not signs of strength or competence" on Russia’s part.

Meanwhile, Russia has promised to rectify mistakes in military call up for Ukraine war after public outrage over students, older or sick people being ordered to report for duty. Local people had recently protested after authorities began to summon people unfit for service, according to AFP.

Upper house speaker Valentina Matviyenko has called on officers overseeing the mobilisation campaigns to avoid mistakes. "Incorrect cases of mobilisation... are provoking fierce reactions in society, and rightly so," Ms Matviyenko said in a statement on Telegram. "Some are assuming that handing in their report (to their superiors) quickly is more important than correctly fulfilling this important mission," she added.

"This is unacceptable... Make sure that partial mobilisation is carried out in full and complete compliance with the criteria. And without a single mistake!" she added.