The ad, shot in 1997, narrates the Soviet leader's contributions 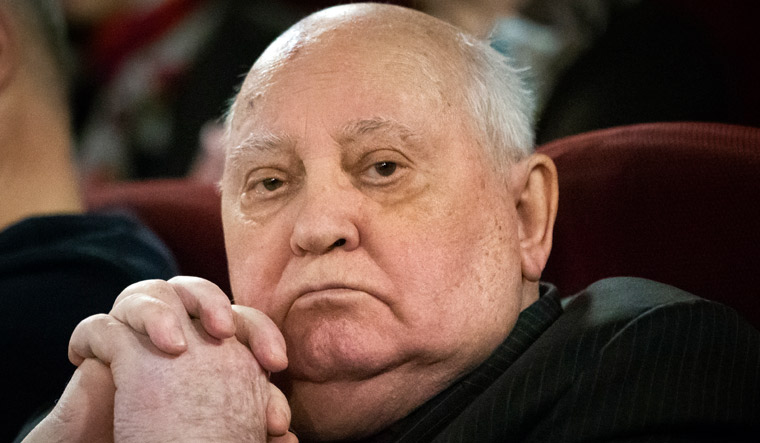 A television advertisement which Mikhail Gorbachev did in 1997 for global pizza chain Pizza Hut has resurfaced on internet post his death on Wednesday.

The ad, shot in 1997, shows the Soviet Union visiting Pizza Hut outlet along with a young girl for pizza while a group on adults start to argue about his contributions to Russia once they spotted him.

He brought us freedom and opportunity, one says; he brought us economic troubles and political instability, another shouts. A woman says, “Because of him we have many things, like Pizza Hut.” The Gorbachev detractor at the table then stands and toasts him.

Through a rose-coloured filter, it is a story of Russia's advances and increasing consumer comforts even amid troubles. More darkly, it shows a once-towering world figure and Nobel Peace Laureate reduced to shilling for a Western interloper.

Pizza Hut opened in Moscow in 1990, one of the first in a wave of Western businesses taking advantage of the joint-venture arrangements that were one of Gorbachev's signature reforms. It wasn't Russians' first chance to get pizza, but as with the opening of McDonald's a few months earlier, the presence of a major Western brand was heartening to those who wanted the Soviet Union to be more integrated into the world.

That wasn't a universal view. Even today, some Russians complain that the rush of Western businesses into the country water down its culture and exploit consumers.

Gorbachev died Tuesday at age 91, and Pizza Hut's time in Russia is growing short the corporation that owns the Pizza Hut brand has announced it has transferred its franchise assets to a Russian operator that will rebrand as part of its efforts to exit Russia altogether in the wake of Russia sending troops into Ukraine.

By the time Gorbachev made the commercial to raise money for his charitable foundation, he was a marginal figure at home. In presidential elections the previous year, he notched only 1% of the vote. Even some people once on his side regarded the Pizza Hut ad with disdain.

In the ad, he should take a pizza, divide it into 15 slices like he divided up our country, and then show how to put it back together again, quipped Anatoly Lukyanov, a one-time Gorbachev supporter.