Chinese ship to dock in Hambantota port only for 'refuelling': Sri Lankan minister

India has raised security concerns over the ship's planned visit 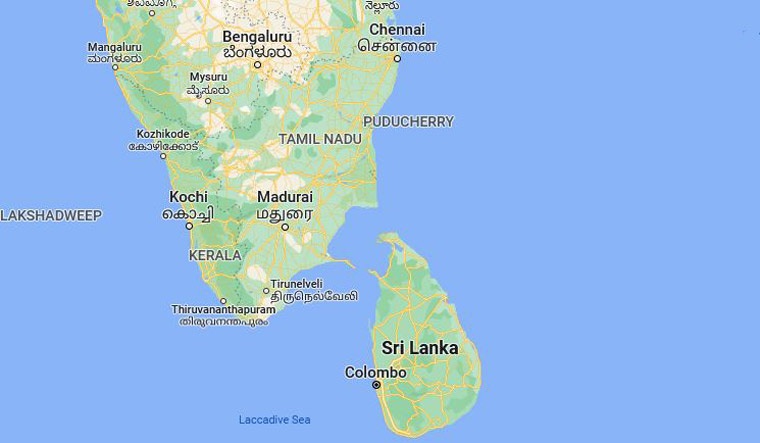 A high-tech Chinese research ship, which is expected to dock at Sri Lanka's Hambantota port next week is only seeking "refuelling and replenishment" facilities and Colombo will not do anything to harm the good understanding and trust existing with New Delhi, a senior minister has said.

India's defence and security establishment has said it would closely follow the planned visit of the Chinese ship.

New Delhi is concerned about the possibility of the ship's tracking systems attempting to snoop on Indian installations while being on its way to the Sri Lankan port.

The Ministry of External Affairs has said that India carefully monitors any development having a bearing on its security and economic interests.

In Colombo, Bandula Gunawardena, the Cabinet spokesman and Minister of Information, on Friday said the purpose of the Chinese ship was "only refuelling and replenishing other facilities and provisions," according to the Daily Mirror newspaper.

The ship or members of its crew will not be involved in any internal affairs or business in Sri Lanka, the newspaper quoted Gunawardena as saying.

China and India have always helped Sri Lanka domestically and in the international forums as true friends. Therefore, Sri Lanka would not do anything to harm the good understanding and trust existing between the two countries, he said.

Foreign Minister Ali Sabry has briefed both the countries at the diplomatic levels on this issue, he added.

The ties between India and Sri Lanka had come under strain after Colombo gave permission to a Chinese nuclear-powered submarine to dock in one of its ports in 2014.

It is understood that India has already apprised Sri Lanka about its concerns over the proposed visit of the Chinese vessel to the Hambantota port.

According to a media report here, Sri Lanka's foreign ministry has told the Chinese embassy in Colombo not to proceed with the visit of the research vessel until further consultations are held on the issue.

However, there is no official confirmation about it.

India has traditionally taken a stern view of Chinese military vessels in the Indian Ocean and has protested such visits with Sri Lanka in the past.

New Delhi's concerns have been focused on Hambantota port in particular.

In 2017, Colombo leased the southern port to China Merchant Port Holdings, after Sri Lanka was unable to keep its loan repayment commitments, fanning fears over the potential use of the port for military purposes.

The proposed visit by the vessel comes when Sri Lanka is grappling with a severe economic crisis.

India has been at the forefront of extending economic assistance to Sri Lanka as it is grappling with the worst economic crisis since 1948.

The southern deep-sea port of Hambantota is considered strategically important for its location.

It has been developed largely with Chinese loans.