Sri Lankan MPs to elect a new president on July 20

Nominations will be received on Tuesday 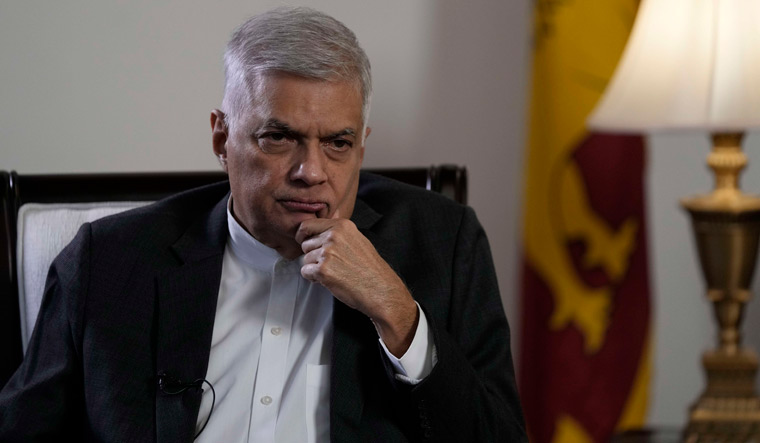 Sri Lanka Members of Parliament will elect a new president on July 20. " “There are certain groups who are out to inflict undue influence on MPs on July 20 when they vote to elect a new President. Therefore, all steps will be taken to ensure their security," interim President Ranil Wickremesinghe told the dailymirror.lk.

Nominations for the post of president will be received on Tuesday and MPs are due to vote the following day, Speaker Mahinda Yapa Abeywardana's office said,  AFP reported.

Former President Gotabaya Rajapaksa sent in his resignation on Friday. He was driven out of the country and fled on Wednesday. The country has been in a state of turmoil for several months now. Sri Lanka has been dealing with a struggling economy-- people have been protesting inflation.

Abeywardana said the process of electing and confirming a president will take seven days. The Sri Lankan parliament is expected to convene on Saturday and form a government consisting of several political parties. The opposition parties are expected to put forth the name of Sajith Premadasa to be the next Prime Minister.

Protesters have been blaming Gotabaya Rajapaksa and the Rajapaksa family in general for economic mismanagement which plunged the country into the worst economic crisis the country has faced since its independence in 1948. This has led to severe shortages of fuel, food and medicines.