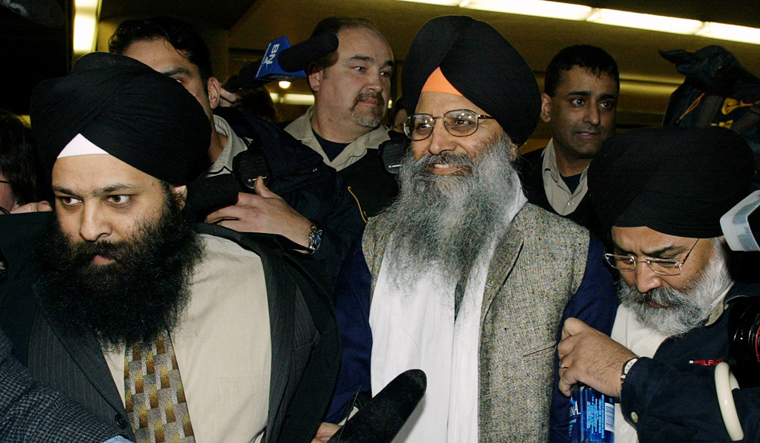 Ripudaman Singh Malik, who was acquitted in the 1985 Air India bombing in Canada was shot to death in Surrey during the early hours of Friday. Police are on the lookout for the suspects.

The Reuters reported Ripudaman Singh Malik, 75, a Canadian Sikh businessman acquitted in connection with the 1985 Air India bombing that killed 329 people was shot dead The Royal Canadian Mounted Police said in a statement the killing appeared to be targeted and that they had found a suspect vehicle fully engulfed in fire two kilometres away from the place where Malik was shot. Authorities were still looking for the suspects and a second vehicle that may have been used as a getaway vehicle.

According to reports, Malik was a well-known Sikh leader and he was involved in promoting the Sikh faith in Canada. He also ran Khalsa schools in the country. Malik was acquitted in the bombing case in 2005.

Jaspreet Singh Malik, son of Ripudaman wrote on social media that Khalsa Credit Union and Khalsa School. CBC quoting a witness reported that three shots were heard and he was seen bleeding from a neck wound. Ripudaman Singh Malik succumbed to the injuries at the scene.