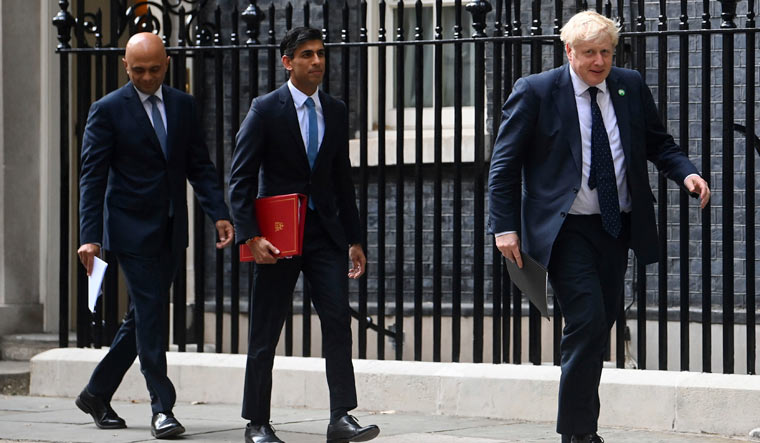 An increasingly under-pressure British Prime Minister Boris Johnson admitted on Tuesday that in hindsight it was wrong to appoint a tarnished member of Parliament to a key government post, triggering the exit of senior Cabinet ministers including Chancellor Rishi Sunak.

The British Indian minister posted his resignation letter on Twitter soon after another senior Cabinet colleague, UK Health Secretary Sajid Javid, resigned. The ministerial exits will come as a big blow to Johnson's leadership and follow a day of high political drama since a former civil servant spoke out about Downing Street's handling of allegations against recently suspended MP Chris Pincher.

"I recognise this may be last ministerial job, but I believe these standards are worth fighting for and that is why I am resigning," he said.

It came soon after Johnson said he "bitterly regrets" giving Pincher a government role as Deputy Chief Whip after being made aware of a misconduct complaint against him.

"In hindsight it was the wrong thing to do and I apologise to everyone who has been badly affected by it. I just want to make absolutely clear that there's no place in this government for anybody who is predatory or abuses their position of power," he said.