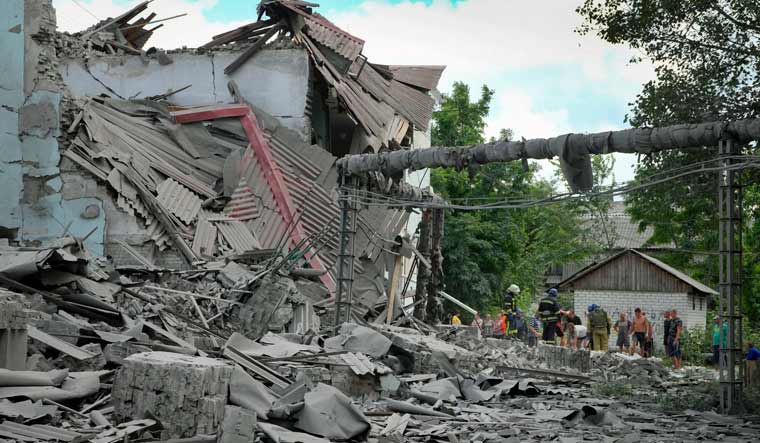 Search and rescue workers and local residents take a dead body from under the debris of a building after the Russian air raid in Lysychansk, Luhansk region, Ukraine, Thursday, June 16, 2022 | AP

The family of a British man sentenced to death for fighting for Ukraine in a Russian-backed separatist region has said that he expects to be executed and that time is running out. Aiden Aslin, 28, and Shaun Pinner, 48, were sentenced on charges of 'terrorism'.

They were charged by a court that isn't recognised internationally in the self-proclaimed Donetsk People’s Republic (DPR), earlier this month. Aiden, a care worker is from Newark in Nottinghamshire. His captors said that no one from the UK attempted to get in touch and negotiate on his behalf.

Aslin said that he had been told that time is running out by his captors. Aslin’s grandmother, Pamela Hall, told the BBC: “There are no words, just no words. It’s got to be everyone’s worst nightmare to have a member of your family threatened in this way."

“Aiden was extremely upset when he called his mother this morning. The bottom line is Aiden has said the DPR has told him nobody from the UK has made contact, and that he will be executed," she said.

Aslin and Pinner are the first Ukrainian soldiers to be tried by pro-Russian forces, the Guardian reported. The Russian court called 'mercenaries' and accused them of committing crimes including the violent seizure of power and undergoing training to carry out terrorist activities.