Musharraf should face 'no obstacle' in his return to Pakistan: Defence Minister Khawaja Asif

Musharraf's family says he is suffering from Amyloidosis 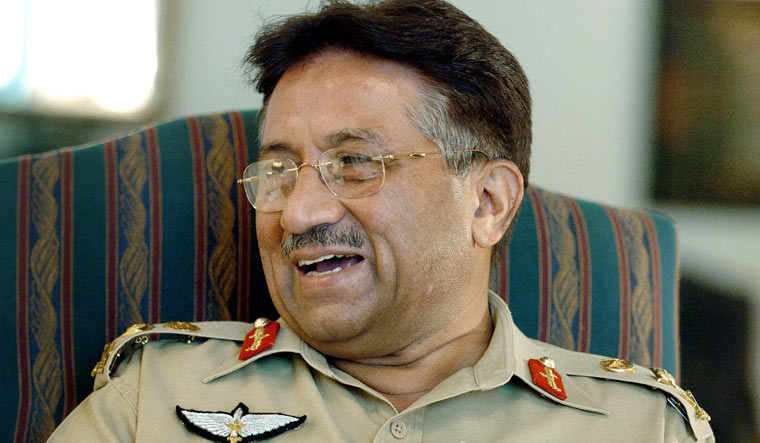 Ailing former military dictator General Pervez Musharraf should face "no obstacle" in his return to Pakistan in order to spend his remaining life with dignity, Defence Minister Khawaja Asif said on Saturday.

The past events should not have any bearing on the former president and military ruler's return to the country, Asif said, a day after Musharraf's family confirmed that he was suffering from Amyloidosis, a rare disease, and he was going through a "difficult stage where recovery is not possible."

Musharraf, 78, who ruled Pakistan from 1999 to 2008, was charged with high treason and given a death sentence in 2019 for suspending the Constitution.

In view of General Musharraf's ill health, there should be no obstacle for him to return home. Past events should not be allowed to interfere in this regard. May Allah give them health and they can spend their time with dignity in this part of life, Asif said in a tweet, in the first public statement by a senior minister from the Shehbaz Sharif government after Musharraf's health condition was made public.

Musharraf's family clarified on Friday that he was not on a ventilator but had been hospitalised for the last three weeks. The family issued the statement after false news of his demise started circulating on social media.

The retired general's illness came to light in 2018 when the All Pakistan Muslim League announced that he was suffering from the rare disease amyloidosis, the Dawn newspaper reported.

Party's Overseas President Afzaal Siddiqui had said that Musharraf's condition had "weakened his nervous system". At the time he was being treated in London.

Musharraf overthrew Nawaz Sharif's government in 1999, and the former prime minister and his brother were taken into custody. The general ruled the country until 2008.

The former military ruler left the country in March 2016 for Dubai to seek medical treatment and has not returned to Pakistan since.